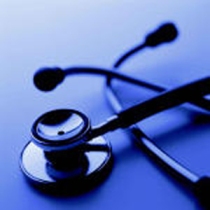 Over at the Internet Monk blog, there is an article posted today entitled: Mike Bird: N.T. Wright and Michael Kruger on Healthcare. It’s basically an article discussing healthcare ideas, bringing in the thoughts of 3 various theologians:

The gist of the Internet Monk article is this: Mike Bird critiques Michael Kruger’s challenges to N.T. Wright’s favorable thoughts toward social healthcare.

Read the article at Internet Monk and I think it will be clearer (it’s not a long post). But here is a summary:

Well, what I’m doing is making a broad-brush point for readers. I’m not talking about Fox News in any detailed way and I’m not claiming that everything they tell you is wrong. I’m just referring to the well-known political viewpoint that comes through Fox News and I’m saying: We should be careful about listening to that point of view exclusively. There is a striking, radical polarization between your Left and Right that I have to say is really disturbing because it distorts so many issues. This Left-Right polarization forces people to say: We are all on this side now! We must check off every box on this slate! We must keep in line!

In your country, for example, there seem to be Christian political voices saying that you shouldn’t have a national healthcare system. To us, in Britain, this is virtually unthinkable. Every other developed country from Norway to New Zealand has healthcare for all of its citizens. We don’t understand all of this opposition to it over here in the U.S. And, we should remember: In the ancient world, there wasn’t any healthcare system. It was the Christians, very early on, who introduced the idea that we should care for people beyond the circle of our own kin. Christians taught that we should care for the poor and disadvantaged. Christians eventually organized hospitals. To hear people standing up in your political debate and saying—“If you are followers of Jesus, you must reject universal healthcare coverage!”—and that’s unthinkable to us. Those of us who are Christians in other parts of the world are saying: We can’t understand this political language. It’s not our value in our countries. It’s not even in keeping with traditional Christian teaching on caring for others. We can’t understand what we are hearing from some of your politicians on this point. Yet, over here, some Christians are saying that it’s part of the list of boxes we all should check off to keep in line.

In all of this, I just wanted to share some brief thoughts, which you’ll find is based upon my comment on the article at Internet Monk. I tend to try and find some kind of middle ground. I believe the middle ground usually provides balance to some of the more extreme positions that can exist out there.

So just some thoughts:

So I’ve been in close contact with people that value some kind of social healthcare and, in this time, I have learned a bit.

Here are just a few points I’d offer to the table of discussion.

1) How did the whole European social healthcare come about?

In discussion with another pastor friend of mine, a Canadian-American, who also resides in Belgium, he helpfully put summarized the history something like this:

Following the war, America returned home as the heroes with everything still intact. After the war, Europe was a land that had been greatly obliterated. Nothing much was intact. The people of Europe needed help – and who did they turn to? They asked the government to help. Hence, the formation of various social aspects of European society, including healthcare.

This, itself, can be quite enlightening of how things unfolded several decades ago and why there is somewhat of a divide between America and Europe. It’s just part of historical make-up of things.

2) Europe is not socialist, in its full-blown sense.

Many Americans tend to equate a socialist perspective as full-on communism. And, I suppose for some, the word communism can evoke memories of McCarthy, the Red Scare, and the Old Soviet Union. It may even evoke worse images for some Americans.

However, socialist-communism is not what exists in Europe. What does exist in Europe is that of a social democracy. These two are different. And, so, people still vote democratically on various issues, but they do look to the government to help organize many aspects, such as healthcare.

3) Every single “system” has it’s positives and negatives.

A capitalist, free-market economy is not inherently “God’s way.” But neither is social democracy. There are constructive aspects and challenges within each “system,” ebbs and flows where one perspective creates a positive in one area, but then also creates problems in another area. That’s reality in every “system.”

But what I think many of my American brothers and sisters need to guard against is the demonizing of one side or the other. That’s the emphasis I sense coming forth in N.T. Wright’s comments – the dreadful polarisation of the left and right political arena in America. It’s completely unhealthy (no pun intended in the discussion on healthcare).

Such polarization, demonization is childish at best. Outright repugnant at worst. We have a lot to learn from both sides.

But here is what I would take to challenge – a statement like this: “I want to challenge my American evangelicals friends to consider whether your views of healthcare are truly biblical.” This comes from Mike Bird’s post.

To quote another blogger – We, evangelicals, throw around the word biblical like it’s Martin Luther’s middle name.

However, this will create all sorts of problems when we actually look at what we find, or don’t find, in the pages of Scripture.

Now, caring for the poor is very important to God. But I think we must guard against our constant juxtaposition of the word biblical alongside other words like healthcare or economics or womanhood, etc. I’m not always looking to develop a “biblical” view on a particular issue, mainly because the Bible might not address that particular issue in any great detail. Of course, we consider what Scripture says about economics – and it emphasizes the care of the poor, as I’ve noted. It truly does! But, it does not detail how this all unfolds within a particular society. Christians look to care for the poor, but it also doesn’t disallow for Christians to ask the government to help with this as well. But neither does it mandate that we turn to the government to help with this.

There’s some gray areas here, folks. Things aren’t always black and white, though we wish it were.

Here’s a note of interest: My family and I are moving back to the States in just a few short weeks. So it will be interesting to see if and/or how we get reverse culture-shock readjusting to life in the US (at least for me, the American). But after a total of 8+ years in Europe, I’m personally quite open to social healthcare as something that can be helpful in caring for the poor.

Is it perfect? No. That I’ve noted continually. But, again, neither is the normal capitalistic perspective of America.

Lastly, as a side note: I cannot see where NT Wright is specifically advocating for the new Affordable Care Act (“Obamacare”). Of course, his comments come in light of the rage that has come forth from many Americans in recent months. But I think Wright’s thoughts are simply in regards to some of the positive aspects of social healthcare in general, though I also note that Wright can tend to harp on some of the more right-wing, conservative polarizations that exist in America. It’s like claiming that most charismatics are crazy whackos with no substance! Oh wait, I think that’s already been done. 🙂 Continually emphasizing one extreme doesn’t open up healthy dialogue. However, there’s no doubt this extreme does exist in some unhealthy ways in America.

Also, I don’t know Wright, but I suppose he wouldn’t advocate intrusion upon someone’s religious ethics (i.e., mandated contraceptions) in the midst of establishing a social healthcare system. So I’m a bit confused when people charge Wright with supporting the specific plan known as Obamacare.

But, in the end, we must a) not close our ears to one another, b) not polarize ourselves so much and c) not demonize the varying approaches. We will accomplish zilch if we do this.

I hope these thoughts offer some food for thought.

My Tweets
Join 1,388 other followers