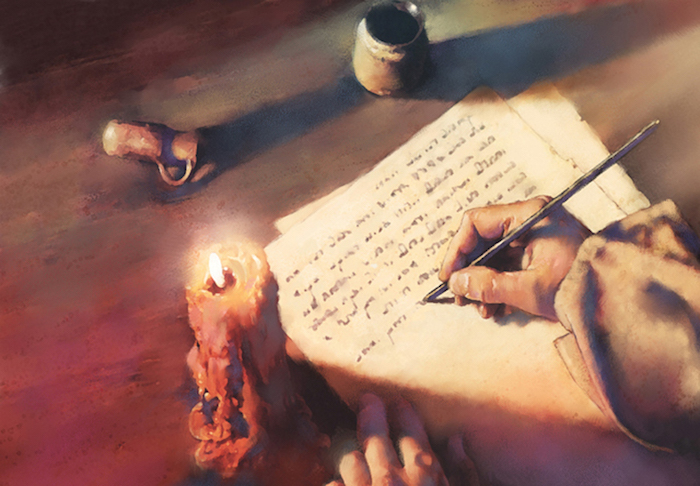 Yesterday, I posted an article with some details about the upcoming release of a film based upon the book, The Shack.

I’ve been watching interaction from a couple of different places on social media and, as expected, it is once again stirring up memories of the split-decision from 7-8 years ago when the book was released. Many see the value of the book; many see it as dangerous material.

Because of my recent work around the area of missiology (study of missions), I’m regularly thinking about contextualization. What does it mean to communicate the truth of God, the word of God in a particular context?

In one particular social media place, I offered some thoughts on contextualization of the word of God and so I thought I would post similar thoughts here.

One point I believe we must remember in regards to the Christian faith is that it is an “earthy” faith. It’s very flesh-and-blood, made of bone and dust. This is true of Scripture as well, which should impact our formulation of theological perspectives.

What I mean is that the Bible is not so much an abstract, metaphysical document that rises above its own contextual setting. Rather it is deeply rooted in the setting from which it was written. And I would offer the same thoughts in regards to Jesus. He was Jewish, thought like a Jew, looked like a Jew, ate like a Jew, smelled like a Jew, embraced an ancient Jewish worldview, etc.

Now, this doesn’t mean Scripture is not God-breathed and authoritative for the Christian faith, as the church has declared its foundational nature for millennia now. But we are still called to embrace its “earthiness” and what it means to “do” real-life theology in the midst of Scripture being penned by those made of dust within a particular “dusty” (or contextual) situation.

So, here’s a question: How would God be revealed in the ancient Jewish context?

In pretty much the exact way that he was revealed in the Scripture we have (though God is infinitely bigger than what the Scripture contains).

Scripture makes so much more “sense” in its contextual setting. Theologians have championed the grammatical-historical interpretation of Scripture for a loooong time, which basically means we understand Scripture best by knowing the grammatical and historical framework of the people who wrote it. However, the problem is that, at times, we are too afraid to take this to the extent it need be taken. We’d rather the Scripture still ultimately be supra-cultural, above the cultural context in which it was given. But this, I believe, leads to wooden theological propositions with no room to breathe in varying cultures and historical periods. Theologians and missionaries of the past has done this. We’ll have our own blinders that push us to do so. But this is not as it should be.

This being so, imagine God revealing himself within a context two millennia removed from those we read of in the Bible. How would God’s word become “earthy” in our own modern context? What might this look like?

Connecting this with The Shack, I would agree that the account given in the book, and the portrayal of the Father, Son, and Spirit, comes out of a very modern, western, American framework. It’s very non-Jewish (though probably not 100%)! So, no wonder it doesn’t read like Scripture! I wouldn’t expect it to in many ways.

But give this a ponder: The Shack is a modern account of something akin to the book of Job. Not an ancient Hebrew/Mesopotamian account like Job, but a modern version. A man’s personal tragedy moves him towards an encounter with the infinite, living God. And that encounter ends up blowing this man’s mind. God is different (bigger) than he first imagined. God and Job are reconciled. God and Mack are reconciled.

You see, I’m pretty certain the life challenges addressed in The Shack consist of stuff that many of us are truly dealing with. Not necessarily all the finer details. But the general reality of dealing with tragedy and brokenness is part of our story too.

The book accomplished its main point. It shocks us (and Mack) into seeing an aspect of who God really is (way BIGGER than we imagined!). Not only that, but we walk away knowing God deeply cares about our tragedy, so much so that he is willing to become “incarnate” within that tragedy to bring about our own restoration and healing.

The Shack is one example of looking to contextualize the word of God in our modern, American setting. Will we see it? Or will we demand only ancient Jewish contexts?