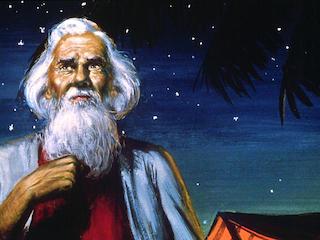 I recently posted an article in which I suggested that the “church” existed well before the New Testament (before the Gospels or Acts). The thoughts rose out of some teaching sessions I gave in a Missiology course, one where our driving focus in discussing “church” (or any topic) is that of mission.

And I believe that mission is best understood when we see the mission of God being made known from the beginning – starting in Genesis 1. And, I believe the same attention needs to be given when we discuss this community of God’s people we call “church.”

I centered a lot of the discussion around linguistics. The word we use, “church,” comes from the Greek ekklesia. Most are aware of this.

However, this word ekklesia – generally meaning assembly, gathering, or congregation – was also used in the Old Testament to describe God’s old covenant people of Israel. It’s just that the Hebrew word is qahal.

But both – ekklesia and qahal – mean and are translated in English as assembly, gathering, or congregation.

So, when the old testament Hebrew Scriptures were translated into Greek around the 2nd century BC, the word that was normally used to describe the gathering of God’s old covenant people (qahal) was translated into the more well-known Greek word, ekklesia.

Now, I had some pushback on this idea of the ekklesia, or church, existing prior to the New Testament. And the challenge, many times, comes out of dispensational circles – a perspective that unequivocally distinguishes between old testament Israel and new testament Church. But the perspective that says the church began before Jesus and the apostles can sound disturbing to just about any Christian.

First off, I want to make clear two things:

2) I very much believe that there are great aspects of discontinuity between the old and new covenants.

But let me emphasize some things.

I actually do truly believe the linguistic study is worth noting in thinking through the continuity of God’s people. It’s very similar to looking at the word usage in the old testament for say, kingdom (Hebrew malkuth), and the use of basileia (Greek for kingdom) in the new testament. Of course, moving from old to new, there is movement forward, movement of change, in regards to the fuller understanding of the kingdom of God. Actually, even though we primarily emphasize the harmonious nature of Scripture, yet because it’s a very eclectic library with many voices speaking into varying issues, you’ll get differing flavors about an issue within the same testament.

But, I suppose as we look to grasp a more holistic understanding of the voices, we see distinctive, differing characteristics across the 2 testaments. The old, at least at times, presents a more myopic understanding of the kingdom of God. Kingdom is centered mainly in one nation, Israel, with one city as its great post, Jerusalem. It’s unfathomable to think this way as new creation is initiated in the fulfilling work of Christ, capped by his resurrection and ascension to rule over all. The new testament begins to bring significant clarity.

Of course, you have the greater voice coming through the Hebrew Scriptures declaring that God’s kingdom will be unto all and into all. However, there’s still an obsession with one plot of land and one city within the middle east. I’d posit that Jerusalem is no longer contained within modern-day Palestine, but rather now reaches to the four corners of the earth.

Still, this is the same kingdom rule of God within the unfolding drama of the two testaments. And one might add that what we read on the pages of Scripture still pales in comparison to the true and full reality of the kingdom of God.

And this, I believe, is similar in discussions around God’s people. God always intended a people much larger than the chosen nation of Israel. Start with Abraham and his descendants……but break this thing out so that all families of the earth will be blessed.

All stories hold continuity in some form and manner.

And that’s my focus – understanding the people of God as the actual people of God makes sense as we engage the whole story. Ekklesia doesn’t make sense without qahal. Church doesn’t make sense without ekklesia and without qahal. It’s one story. And new covenant ekklesia gives a much fuller understanding of the work of God than old covenant qahal (as I might also add that the present-day global church gives a much fuller understanding of God’s sweeping story, though I mean not that we need add unto holy scripture).

Thus, as I listen to the symphony that is played across the pages of Scripture, I see pulsating notes that continue from beginning to end…and on into today. A people were begun in Abraham. That’s where Gen 1-11 is taking us – Abraham. And now it’s those who are in Christ, both Jew and Gentile, that are of the family of Abraham.

One wise man penned it this way: If you belong to Christ, then you are Abraham’s seed, and heirs according to the promise. (Gal 3:29)

The story of Abraham started very small. But the family has busted the seams of the wineskin, spilling over into all nations. And the mission of God begun in those Abrahamic times, penned in places like Gen 1:28 and 12:3, continues amongst the people of God we read of in the Gospels, Acts and Epistles. And here it continues today in the pages of the church of Africa, Asia, Americas, Europe, etc.

The qahal of God continues. The ekklesia of God moves forward. And we might just soon break into the act known as the return of the king. But this storied people is of one story in God.