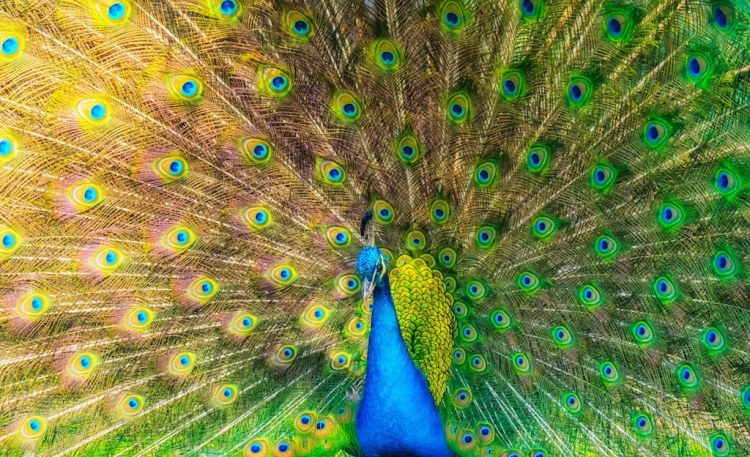 Wait, animals have souls? What?!

Well, they actually don’t have souls. They are souls. END_OF_DOCUMENT_TOKEN_TO_BE_REPLACED

I’m continuing to read through N.T. Wright’s book, Surprised by Hope. I have pretty much agreed with everything he has addressed thus far. I believe he holds to very solid and healthy biblical teaching in regards to topics like the kingdom of God, heaven, earth, the soul, the body, the resurrection of the body, etc.

But I was interested in learning more of Wright’s thoughts on both the soul and hell (though I recently posted some of his thoughts on the soul with regards to its relation to the body). Does Wright fully hold to conditional immortality? Is he an annhilationist or does he hold to eternal conscious punishment? Many of these questions are answered in his chapter 11, though the answers do not come as I thought they would nor are they dogmatic in some areas.

First, I share some more words on the soul from Wright.

In his sub-section on Paradise in chapter 11, following his thoughts on Purgatory, Wright gives these thoughts on what many theologians term as the intermediate state for the believer:

I therefore arrive, fourthly, at this view: that all the Christian departed are in substantially the same state, that of restful happiness. Though this is sometimes described as ‘sleep’, we shouldn’t take this to mean that it is a state of unconsciousness. Had Paul thought that, I very much doubt that he would have described life immediately after death as ‘being with Christ, which is far better’. Rather, ‘sleep’ here means that the body is ‘asleep’ in the sense of ‘dead’, while the real person – however we want to describe him or her – continues.

This state is not, clearly, the final destiny for which the Christian dead are bound, which is as we have seen the bodily resurrection. But it is a state in which the dead are held firmly within the conscious love of God and the conscious presence of Jesus Christ, while they await that day. There is no reason why this state should not be called ‘heaven’, though we must note once more how interesting it is that the New Testament routinely doesn’t call it that, and uses the word ‘heaven’ in other ways. (italics his)

I was interested to see that Wright does not fully embrace the teaching of conditional immortality, which usually embraces the concept of soul sleep during the intermediate state. Rather, Wright holds that the believer will be conscious as they await the resurrection of the body.

Now, the question is – What about the non-believer during the intermediate state?

Well, actually, Wright doesn’t address this really at all. He does share his thoughts on hell and judgment, and I will put some of those words up in another post. But I am not sure if he leans towards the unbeliever being in an unconscious sleep or what during the intermediate state. It’s possible more thoughts come up in his treatise Jesus and the Victory of God, as he points to it in this chapter in a footnote. But I am left wondering what he fully believes about the non-believer.

Anyways, stay tuned for some quotes on hell and judgment next week. You might just be surprised to read them as well.

As I mentioned in a couple of recent posts, I am currently working my way through N.T. Wright’s Surprised by Hope. He has a lot of things to say about heaven, hell, the resurrection, the soul, the body, the kingdom of God, etc, all to bring a hopeful perspective about some of these greatly misunderstood concepts. And I agree whole heartedly with his thoughts.

In my last little excerpt from the book, I posted some general thoughts from Wright about heaven and eschatology. But just the other day I read some great insights about the resurrection, the body and the soul, so I thought I would put those up here as well. The passage is a bit long, but well worth reading.

The hope of resurrection underlies the whole of 1 Corinthians, not just chapter 15. But here Paul addresses it head-on as of central importance. Some in Corinth are denying the future resurrection, almost certainly on the normal pagan grounds that everyone knows dead people don’t rise again. In reply, Paul speaks, as we saw in the previous chapter, of Jesus as the firstfruits and of the great harvest still to come when all Jesus’s people are raised as he has been.

The whole chapter echoes and alludes to Genesis 1-3. It is a theology of new creation, not of the abandonment of creation. The heart of the chapter is an exposition of the two different types of bodies, the present one and the future one. This is where all sorts of problems have arisen.

Several popular translations, notably the Revised Standard Version and its offshoots, translate Paul’s key phrases as “a physical body” and “a spiritual body”. Simply in terms of the Greek words Paul uses, this cannot be correct. The technical arguments are overwhelming and conclusive. The contrast is between the present body, corruptible, decaying, and doomed to die, and the future body, incorruptible, undecaying, never to die again. The key adjectives, which are quoted endlessly in discussions of this topic, do not refer to a physical body and a nonphysical one, which is how people in our culture and bound to hear the words physical and spiritual.

The first word, psychikos, does not in any case mean anything like “physical” in our sense. For Greek speakers of Paul’s day, the psychē, from which the word derives, means the soul, not the body.

But the deeper, underlying point is that adjectives of this type, Greek adjectives ending in-ikos, describe not the material out of which things are made but the power or energy that animates them. It is the difference between asking, on the one hand, “Is this a wooden ship or an iron ship?” (the material from which it is made) and asking, on the other, “Is this a steamship or a sailing ship?” (the energy that powers it). Paul is talking about the present body, which is animated by the normal human psychē (the life force we all possess here and now, which gets us through the present life but is ultimately powerless against illness, injury, decay and death), and the future body, which is animated by God’s pneuma, God’s breath of new life, the energizing power of God’s new creation.

This is why, in a further phrase that became controversial as early as the mid-second century, Paul declares that “flesh and blood cannot inherit God’s kingdom. [1 Corinthians 15:50]” He doesn’t mean that physicality will be abolished. “Flesh and blood” is a technical term for that which is corruptible, transient, heading for death. The contrast, again, is not between what we call physical and what we call nonphysical but between corruptible physicality, on the one hand, and incorruptible physicality, on the other.

This underlies the remarkable concluding verse of 1 Corinthians 15 [vs58], to which we shall return. For Paul, the bodily resurrection does not leave us saying, “So that’s all right; we shall go, at the last, to join Jesus in a nonbodily, Platonic heaven,” but, “So, then, since the person you are and the world God has made will be gloriously reaffirmed in God’s eventual future, you must be steadfast, immovable, always abounding in the Lord’s work, because you know that in the Lord your labour is not in vain.” Belief in the bodily resurrection includes the belief that what is done in the present in the body, by the power of the Spirit, will be reaffirmed in the eventual future, in ways at which we presently only guess. (italics his)

These are solid words about the body, the soul and the future resurrection in our renewed bodies. The goal is not a disembodied soul living in heaven up there. The goal in Christ is that we be given renewed bodies animated by the Spirit-breath-life of God living in a new earth that has been invaded fully and finally by the kingdom rule of God. That, my friends, provides great hope for the body of Christ. And, for some, it might just bring a surprising hope. But this is the biblical hope.