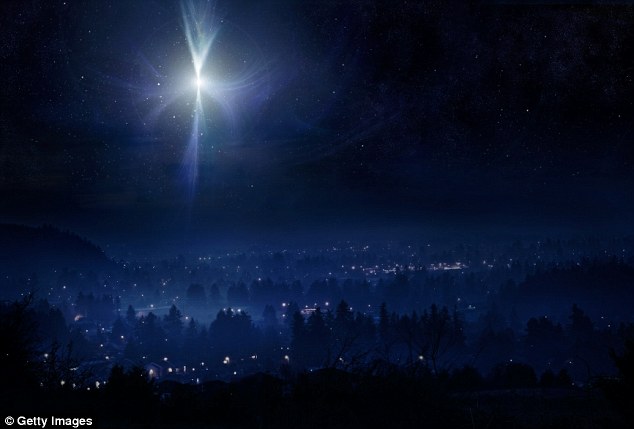 Advent is centered in remembering the arrival of the Christ child, the Messiah, God’s unique son. While many will start in Matthew 1 as a way to introduce the Advent story, I am going to jump over into Matthew 2. It’s there we find the story of the magi and particularly their encounter with a unique element: a star.

Upon their arrival into Jerusalem, they ask a question: Where is the one who has been born king of the Jews? We saw his star when it rose and have come to worship him” (vs2).

I’m always struck by the fact that these guys were something like astrologers. We don’t know exactly how many there were – we regularly assume three, since three treasures of gold, frankincense and myrrh – were presented to the Christ child (who was perhaps nearly two years old by this time). Still, however many there were, they might as well have been straight out of Harry Potter or The Lord of the Rings.

Magicians, if you will.

And what drew these astrological magicians to the Christ child was a star in the heavens.

That’s their world; that’s their setting. Astrologers tend to look at the stars a bit more than your average Benjamin of the day. I imagine they were looking for some kind of insight into the divine, the gods. The heavens held a divine flavor for those of the ancient world!

They saw a star.

They always saw stars. But something stood out as unique about this star. It led them on a journey of perhaps thousands of miles to seek out the divine Christ child.

You see, God meets us both where we are at and he does so by using real, tangible elements. This doesn’t come across as anything super-spiritual – and perhaps that’s the point. Of course, this actually is spiritual – “of the Spirit” – for God to meet us where we are and in ways that connect with the human sensory gifts of sight, sound, touch, taste and smell.

We see the nativity.

We see the bread and wine.

We see the Scripture.

We see the cross.

We see the stained-glass.

We see one another.

We see the creation…even the stars ourselves.

All tangible expressions of God’s grace.

Later on, these same magi would encounter the star once again: After they had heard the king, they went on their way, and the star they had seen when it rose went ahead of them until it stopped over the place where the child was. When they saw the star, they were overjoyed. (Matt 2:9-10)

This time the star had stopped over the place where Christ was.

Somehow this star was moving, whatever that looked like. It seems the Greek allows for this star to be strewn over the sky.

But now this star that caught their attention many months before has stopped over the house where Jesus and Mary were.

The astrologers had been led to the divine son of God. The thing they loved and studied the most drew them in. It wasn’t the Jews who were encountering Christ, even though they had the Scriptures. Rather we find some pagan star-gazers drawn in.

Remember, Matthew is a Jew writing to the Jewish community about Christ. He’s connecting the Jesus story to their story. But he’s throwing them a curveball by allowing the magi to be the ones who truly encounter Christ.

They saw a star and they went searching.

What do we see through what we love and study?

What do we see in creation?

This Advent, are we ready to see? I pray God meets however and wherever he must.