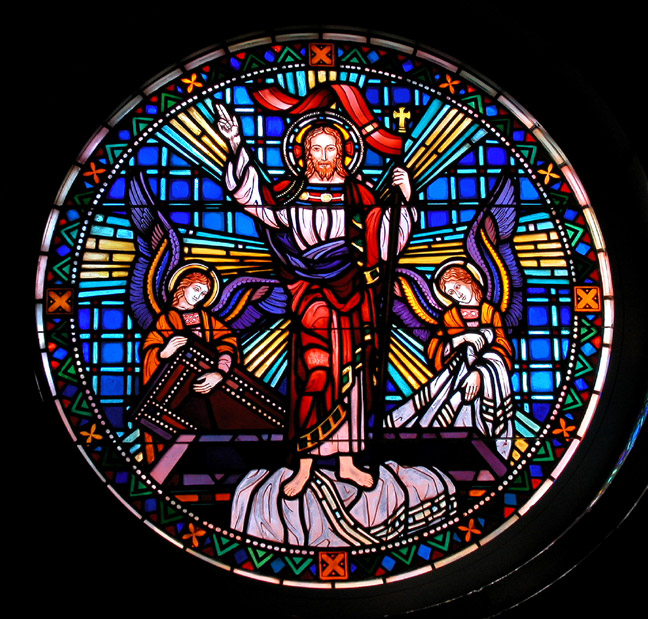 As Keith Green put it:

The angel up on the tombstone
Said He has risen, just as He said
Quickly now, go tell his disciples
That Jesus Christ is no longer dead

And joy to the world it is!

Yet there is something unremarkable about this resurrection. In many ways it doesn’t make sense. Sure, resurrection doesn’t usually make sense in any scientific manner. People don’t usually come out of the grave undead. But Jesus did. As the angels told the women at the tomb: “Why do you look for the living among the dead? He is not here; he has risen” (Luke 24:5-6)!

Here is what’s so unremarkable in all of this.

This is Jesus’s big day. This is the time to show his great power to the world, to avenge evil, to show who is really in charge. But the way things play out in the days following Christ’s resurrection is, well, very ho-hum. At least if you’re looking for something super spectacular.

For starters, women play a prominent role here. They were the first to encounter the risen Jesus and the first to proclaim the good news that, “He is risen!”

Many are beginning to catch on to this. For some, the role of women in the resurrection was easily overlooked. It’s the men who would become the apostles and witnesses to his resurrection. But, for all we know, the Eleven may have never come to know about the risen Jesus if it weren’t for these faithful women: “When they [the women] came back from the tomb, they told all these things to the Eleven and to all the others” (Luke 24:9).

You see, women weren’t that special in ancient times. Their testimony held little significance in a male-dominated society. They were generally the unremarkable. But here we have Jesus first encountering . . . women. And the first “sent ones” with a commission (apostles?), telling the resurrection message, are . . . women. Luke reports quite a few of them: “It was Mary Magdalene, Joanna, Mary the mother of James, and the others with them who told this to the apostles” (Luke 24:10).

It’s not the Eleven that first meet Jesus after his resurrection. It’s a handful or more women.

Why invest so much in such a lowly group of women?

Another thing that strikes me is that, rather than staging a great display of power, we have Jesus walking a seven-mile dusty road with two disillusioned disciples.

We don’t even know who these two guys are. One is named Cleopas (Luke 24:18). That’s all we’ve got. Every other detail about these two men is non-existent in Scripture. But Jesus believes it’s worth investing a few hours of travel with these two students of his. Not only that, but when they offer that he stay with them, he does. And it’s in the sharing of the meal that their eyes were opened. Jesus does exactly what he did at his Last Supper with them before his death.

When he was at the table with them, he took bread, gave thanks, broke it and began to give it to them. (Luke 24:30)

No wonder their eyes were opened.

Hours of travel on a dirty road and dinner with two undistinguished men.

Lastly, I think of Jesus partaking breakfast one morning on a beach. Peter and some of the disciples had been fishing all night with no catch. Jesus calls out, asking if they have any fish. I imagine it feels like pouring salt in the wound of Peter. We don’t know how long it’s been since Peter last fished, but if this is his first trip back, it was a great failure.

His closest friend had been murdered; he had denied that close friend; now he can’t even catch some fish.

With a “no” in response to catching any fish, Jesus asked them to cast their nets on the right side of the boat. Lo and behold, they caught so many they weren’t able to haul in the net (John 21:1-6).

All this is headed somewhere.

Peter is going to have to look once again into the eyes of his Lord.

By the final time we read Peter was hurt. Like pulling a bandaid off a wound. But healing was imminent.

One friend, who also happens to be Lord of heaven and earth, restoring the other friend.

I am always struck by how behind-the-scenes this Jesus guy is. He is so subversive. But I think that’s how it is when you live amongst the poor, work in the midst of outcasts, offer all you have to the oppressed. Jesus wasn’t with the Sanhedrin, didn’t hang out with Pilate, wasn’t friends with Herod, had not made the in-crowd of Tiberius. That wasn’t his modus operandi.

Jesus always did things the opposite way of a kingly Messiah. And that’s just it. I believe Jesus still acts very different from what most of us expect from God. He caught the ancients off-guard with his unremarkable nature. He catches us off-guard with his less-than-spectacular work.

If Jesus had been resurrected today, I imagine the church would call Fox News and CNN, bring out their best musicians for the “worship team,” print the t-shirts and bracelets, start a Live Video on Facebook or Snapchat. But that’s simply not the Jesus we encounter in Scripture, including at his resurrection. And I believe we are supposed to gather that he wouldn’t be involved in much of the sensational we offer in our own day.

In a sense, Jesus’s resurrection was the most remarkable thing ever, “who through the Spirit of holiness was appointed the Son of God in power by his resurrection from the dead” (Rom 1:4). He has truly been declared both Lord and Messiah (Acts 2:36).

I imagine that if we sat with those women who first arrived at the grave, the two disciples that had lived in Emmaus, and even Peter himself, we would hear of a Messiah that clashes with many of our ideas about Jesus.

We demand a king who does things with glitz, style and power. But we find ourselves with a servant of servants. This is the king we encounter, one who walks out of the grave in the most insignificant way.

Such an unremarkable resurrection.