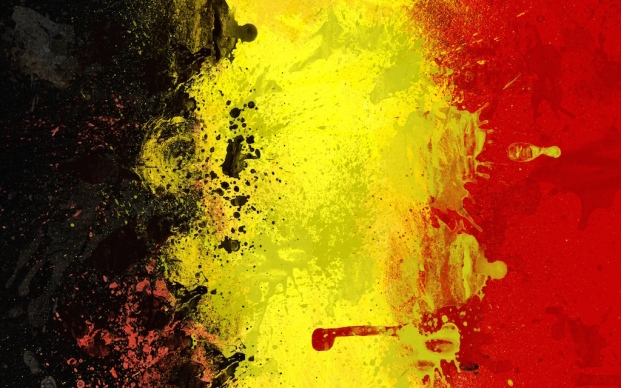 Today, yet another violent attack reigned down in our world, one to which ISIS lays claim. Perhaps this was retaliation for the Belgian police’s capture of Salah Abdeslam this past week, a major suspect in the Paris attacks from 4 months ago. However you slice it, bombs were detonated at the Zaventem-Brussels airport and the metro station of Maelbeek. The attacks left at least 30 people dead and more than 230 injured.

This one is a little “closer to home,” as my family and I lived in the Brussels area for five and a half years. As far as I can tell, no friends were harmed in the attack, though a ministry friend of mine walked into the airport 3 minutes before the blasts. His report went something like this: “Saw a bright yellow light and then heard a loud explosion. Ceiling tiles began raining down…”

I cannot fathom being in that situation.

The Maelbeek metro station is just a stone’s throw away from the European Commission, as well as other major European and Embassy buildings. This was a station and area we frequented due to friends living near that stop, as well as showing visitors some of the great buildings of the European capital.

I am truly glad to hear our friends in Belgium are safe.

In all, there’s not much else to say other than this was a terrible, horrific, ungodly, evil act. There’s no other way to spin the happenings in Brussels. I pray the perpetrators are quickly apprehended.

But let me throw in a couple of other things to consider after this attack.

What is at place here is a myth that underlies the very foundation of our perspective on life. And it’s a myth that is not simply owned by fundamentalist terrorists. It’s owned by the majority of us.

It’s the myth of redemptive violence.

It is the belief that goodness and righteousness must ultimately be established through violence. That’s its basic foundation, whether one claims a religious faith or not.

If we want a good, right and just society, if we want our “redemption,” we must stamp out evil. And we will use any means necessary, including the use of violence. That’s the underlining poison – violence.

You see, we Christians can spin it with as much of our own religious jargon as we’d like, even quoting Bible verse upon Bible verse to seemingly support the ideology. Or you don’t have to use religious lingo. But our current political debates are filled with this kind of rhetoric. This is why Jack Bauer becomes our hero. He gets things done, adding in some violence as necessary. The answer to getting rid of ISIS is…well…violence. There’s no other way.

An eye for an eye. A tooth for a tooth.

Again, this doesn’t simply have to do with verbal declarations of “getting those terrorists and ending their lives now.” Yes, that kind of rhetoric has been used following Paris, San Bernardino, London (2005), and 9/11. But things are more subtle in our daily lives. The myth of violent redemption takes place in mine and your’s more than we know. It simply seeps out in so many situations. We are violent by nature because we are systemically sinful at our core as a human race.

Listen to the wise words of Eugene Peterson:

War is dressed up in the Sunday best of “competition.” We are trained from an early age to get what we want not in cooperation with others but in competition against them. The means are essentially violent, whether physical or psychological, weapon or propaganda. I want what my brother has, I covet what my sister owns, I envy who my neighbor is. I set out to satisfy myself by whatever means are present to my hand. Not for long does that person (or nation) retain a name or identity. Each is labeled as an obstacle, or an alien force to be overcome. (Reversed Thunder: The Revelation of John and the Praying Imagination)

This is everywhere we turn. Not just when bombs are going off at airports and metro stations.

The myth runs deep in our veins.

We don’t want to admit it. We’d rather pin the violence on “those Muslims.” All the way saying ours is the “right” response to their violence. Violence must be met with violence. That’s the way it goes.

It’s interesting how Jesus responded to “an eye for an eye; a tooth for a tooth.” You have heard it said, but I tell you….

Jesus rights the ship; refocuses on what his Father is really like.

Following these attacks in Brussels, I will say I now fear the unfair treatment many of our Muslim friends will endure due to a small sector of fundamentalist terrorists. I was just with a group of Muslims last week, attending their prayer service with a class to learn more about who they are and what they believe at their core.

It is interesting to think that those who bear the same skin color as Jesus might find it difficult to navigate life in the coming weeks and months – not just in Belgium, but right here in the “land of the free.”

This myth of redemptive violence is deadly at its core. It’s a cancer from which we must find deliverance.

We are in holy week right now. If we take a minute and remember where we are headed this weekend, we will catch a glimpse of a ruling king displaying self-sacrificial love in the midst of violent, capital punishment. A trial, a beating, a brutal murder by hanging on a tree. Perhaps God’s great king and messiah had every right to lash back in violent retribution for what was taking place at the cross. I don’t know about that word “right” – it’s good ol’ self-entitled talk. But whether or not he had a “right” to lash back, one thing we know is this: he stayed the path, receiving the violence of humanity so that humanity could be both forgiven and liberated from its systematic cycle of violence.

As we continue our path in holy week – especially noting the crucifixion and burial of our Lord – let us remember that the myth of redemptive violence was also being buried and destroyed. Let us contemplate these things on silent Saturday.

Then let us celebrate the new door in Christ to forgiveness and liberation and restoration. And let us proclaim this good news to our friends in Belgium, our Muslims neighbors, and most of all to our selves.