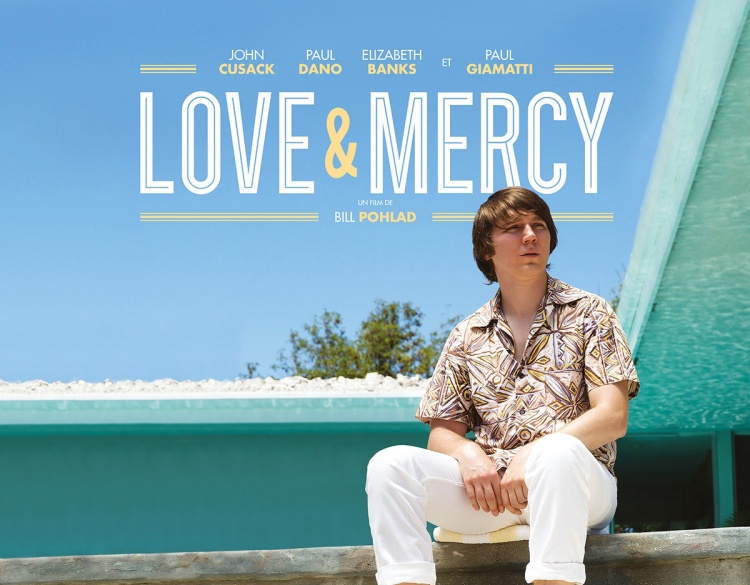 While most are raving (or perhaps not) about the new Star Wars film, which I did finally see last night, I am currently raving about another film that I saw this week: Love and Mercy. It’s a film about the troubled life and musical genius of Brian Wilson, one of the founding members of the Beach Boys.

Of course, as with every other American, I know who the Beach Boys are. They were the hip band of my parents in the 1960’s, but I’ve known plenty of their top hits and loved to sing them myself. Still, I knew nothing of the personal journey of the band members, especially Brian Wilson. The movie gives a unique glimpse into Wilson’s life, looking at from two different time periods: the 1960’s and the late 1980’s/early 1990’s.

He has truly walked a troubled journey in life, one filled with massive beatings by his father, mental/auditory hallucinations, and drugs. Even more, the movie details his relationship with his personal psychologist, Gene Landy. It was one marked by the strongest measures of manipulation and unethical approaches of “care,” not to mention that Landy benefited from it with millions of dollars in fees over the year.

It’s a movie that evokes emotion, to say the least. Somehow I find myself drawn into these stories, or films, where folk walk a troubled path and are in great need of healing from deep-rooted problems. Not that I imagine myself as “saving” them, but rather it allows me to somehow “feel” their brokenness and then to embrace my own brokenness. And as I embrace my brokenness, I find myself longing for my own healing and restoration.

Check out the trailer and right now you can rent it for a mere $0.99 on iTunes.