Recently, Perry Noble, pastor of megachurch NewSpring, wrote an article defending the idea that women should preach. To that, theologian Tom Schreiner wrote a response for The Council on Biblical Manhood and Womanhood (CBMW).

Though from a Southern Baptist background, Noble is open to a more egalitarian stance, at least to allow women to preach. Schreiner has argued for what can be identified as traditional complementarianism (men are the leaders in both the home and church). His overall perspective was that Perry Noble fails to persuade in his article for women preaching.

I think Schreiner has some fair thoughts on the holes in Noble’s arguments (though not Noble’s conclusions about women preaching). However, both Schreiner’s final argument – that women should not preach – and the path of how he got there (at least in this brief article) fall short.

I won’t go through each of Schreiner’s arguments, but rather one that I find near the end of the article. It goes as such: 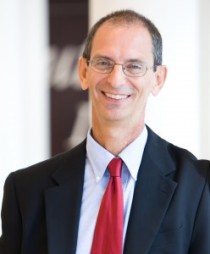 “There are contexts in which women can speak in the gathered assembly. Women did function as prophets in both the OT and the NT. But prophecy is a different gift from teaching and should not be equated with it. In the OT some women were prophets but they were never priests. In the NT there were also female prophets, but no female apostles or female pastors, elders, or overseers. The gift of prophecy is occasional and spontaneous and is not the same thing as preaching and teaching. Paul is consistent on this matter. Women may prophesy, but they shouldn’t preach or teach. Hence, I don’t think it is right for a woman to teach a Sunday School class of both men and women. I take that to be a violation of 1 Tim. 2:12. Some churches may have a tradition of doing such, but traditions must be decided by the word of God.”

Now, I am aware that this is an article by Schreiner, not a longer treatise addressing all the biblical and theological issues. Nevertheless, I think there is a major problem with this particular argument (and the other arguments offered), both from a charismatic and an egalitarian viewpoint.

For starters, I really do find it a problem when people lessen the prophetic gift. And we see this worked out in Schreiner’s article by essentially acknowledging that women could be prophets (or prophetesses), yet they could not function in the more significant roles of apostle, teacher, shepherd, and elder (or overseer).

This is seen in his words: “But prophecy is a different gift from teaching and should not be equated with it. In the OT some women were prophets but they were never priests. In the NT there were also female prophets, but no female apostles or female pastors, elders, or overseers. The gift of prophecy is occasional and spontaneous and is not the same thing as preaching and teaching.”

I believe this problem will always arise when we forget to fully consider and center the gifts of God within the person of Jesus – including those 5 ministry gifts of apostle, prophet, evangelist, shepherd, and teacher that we read about in Ephesians 4. We need to remember that Jesus himself was an actual apostle, prophet, evangelist, shepherd, and teacher. This is why Ephesians 4 can state that it was Christ who gave these gifts to human beings (the word anthropois, general for humankind, is being used in the context). Christ gifts people with the gifts that were his own.

So we need to bear in mind that the prophetic gift was and is never diminished in Jesus. Rather it is part of the fullness of the ministry gifts – both acted out in the life of Jesus (as we read in the gospels) and in the gifts that the risen Jesus has given to the church (as we read in places like Ephesians 2 and 4).

For that reason, we utilize faulty logic by arguing something to the effect of: “Women can be prophets because prophets are of a lesser role than apostles or teachers,” or “women can prophesy because prophecy is a lesser gift and role than pastoring or being an elder.” Such reasoning has no basis in the gifting of the great Prophet, Jesus, as fleshed out in scripture. Even more, we cannot move further down the line to contend that women cannot teach/preach because that is a more significant gift and role than, say, prophecy! Again, there is no scriptural basis – quite the opposite.

Also, it’s interesting that Paul teaches us that, in the church, God has placed first of all apostles, second prophets, third teachers, etc (1 Cor 12:27-29). I don’t think we have to argue for a hierarchical structure of leadership from this passage. However, Paul definitely wants us to understand the foundational role of prophets by using the phrasing “second prophets.” This is sandwiched between “first apostles” and “third teachers.” Hmmm? Also, we are told that the church is built on the foundation of the apostles and prophets (Eph 2:20)!

Something significant lies within this ministry gift! There is more than meets the eye here.

Wayne Grudem, who has had a significant role himself within CBMW, fell into this same trap in his book, The Gift of Prophecy in the New Testament and Today. His main argument was that New Testament apostles replaced Old Testament prophets as the authoritative leaders of God’s people and, thus, because of this change, prophecy is of lesser value in this new covenant era.

So, guess what the conclusion is?

Women are allowed to prophesy, but, again, primarily because it’s lesser than teaching and preaching. Those roles belong to the male shepherds and teachers.

It is interesting to note that Grudem’s own seminary professor, Edmund Clowney, showed the holes in this line of argument in his book, The Church. I, too, addressed this problematic view of Grudem a few years back.

Women gifted as actual prophets, speaking forth the living word of God to the people of God, being part of a larger group of foundational leaders – that is a solid function to recognize. So, yes, women can prophesy, they can be prophets. But let’s recognize what that actually means.

This gift is centered in Jesus, the Prophet par excellence. It’s centered in the role of those who lay foundations for the church. It doesn’t mean that we don’t need to weigh prophecy in light of the full gamut of scripture today and before the wise council of leaders in the local church setting (I believe that’s been God’s desire in both old covenant and new covenant times). But we allow women to prophesy, recognizing that it can come forth “sharper than a two-edged word” just as the taught word of God in a particular setting.

Finally, in taking this a further step, if women are allowed to function as prophets in the line of Jesus and the early church prophets, then I think we will find it good and right for women to be allowed to teach: for Sunday School classes and Bible studies with men and women present, at the university and seminary level with men and women present, and in the local church setting when men and women are gathered together. The fullness of the body of Christ (Jew and Gentile, male and female, free and slave, black and white, western and non-western) can and should be allowed to shepherd, teach, evangelize, prophecy, and give apostolic insight, just as our own Lord and Messiah who made a way for all these differing folk within the body of Christ.

In the words of Dr. Schreiner: “Some churches may have a tradition of [not] doing such, but traditions must be decided by the word of God.”

My Tweets
Join 1,398 other followers