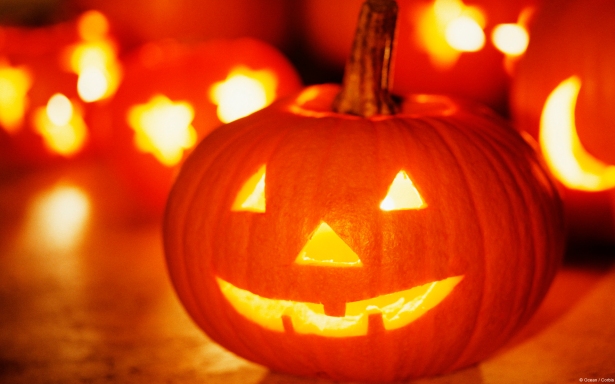 Christians have deliberated on the value of Halloween for decades on end. No doubt, many Christians would rather decline an invitation to dress-up in a costume and march around the neighborhood, all with the intent of speaking the infamous words, “Trick or Treat,” at each door knocked upon.

So, is Halloween harmful, even evil? Or is it just a simple ploy to get some free candy? I mean, can’t we just dress up as clowns or firemen (or Bible characters) in our attempt to collect some complimentary candy?

What many of us don’t realize is that all commercialized holidays actually have a history – how they came to be what they are today. The current practices of festivals and holidays are usually a small shadow of what they started out as, taking a few noted twists and turns over the decades, even centuries. The same is true of Halloween.

In short, Halloween is connected to an ancient Gaelic festival long ago in which the Celtic people celebrated the end of the harvest, as well as the Celtic New Year (known as Samhain, pronounced sow-en). It was also a time used to stock up on supplies, slaughter livestock in preparation for the winter, as well as burn crops and livestock during a special fire for the Druids (these were simply the learned class amongst the Celts, despite many other tales about them). These ancient Gaels also believed that on October 31st, the boundaries between the living and the dead would disappear and, thus, this could result in certain problems for the living.

Sounds spooky, right? Well, doubtless this festival was part of a pagan culture, though, interestingly enough, the people would later be reached and impacted with the gospel. But, instead of labeling it all as part of an evil society full of demonic practices, the festival should probably be seen as consisting of some simple superstitions of that ancient Gaelic culture. Nothing more, nothing less.

Halloween for the Christian Today

It is true that Halloween has some very strange practices that have become more recently linked with it – ghosts, goblins, monsters, witches, black-magic, occultic practices, divination, etc, etc. Yet, contrary to some information one might hear, hardly any of this stuff was actually initially connected to the Gaelic festival of centuries and centuries past.

So, what’s my point?

I do not believe we need to get bent out of shape knowing some people, even some Christians, participate in Halloween festivities.

More than anything, Jesus’ followers know their very specific calling to be salt and light in this world (Matt 5:13-16). We are not called to hide, we are not called to crawl under baskets. Nor do we even have to regularly play in our own little corners. Rather, light is given that it might be seen and Christ bids us to go out and give light. Go out and sprinkle salt within society.

If we all simply stay in our houses during the night of October 31st or create our own alternative festivals in our own edifices on the same eve, how will we be light on this night? Perhaps we’ll stick to 364 out of 365 days?

I believe this is all part of a misguided desire to build “Christian-ghettos.” We don’t want to be tainted by the world, so we make our own bookshops, our own sports gymnasiums, our own clubs, our own everything. And the motto is, “We, Christians, will go over here and play. You guys, “the world,” stay over there.”

Something of that nature.

But consider that living in such a way is diametrically opposed to Christ’s call. It’s a reverse response to Christ’s prayer (John 17) and sending us into the world. Fall Festivals (as alternatives to Halloween) aren’t wrong, per se. But perhaps they keep us off track.

Now, in the end, I’m not saying we all must run out and buy costumes and get ready to hit the streets tomorrow night. And, of course, with our young children, we need to be wise and consider these things faithfully (I have a 4 and 6-year old). But, if you get invited to a Halloween party, then I encourage you to go! If they start reading-palms, which is probably few and far between, then don’t participate. And if asked why, then let them know, but, as a quick reminder, do let your words be filled with grace.

Or, if your kids want to dress up and go around the neighborhood to collect some candy, then remember it’s really ok. If kids stop by your house voicing the oft-heard phrase, “Trick or Treat,” then give them some candy, and you don’t even have to secretly drop a cheesy tract into their bag. Bless them, smile at them, speak words of grace, and I’m sure you can think of other helpful connections that are authentic and real.

Again, you don’t have to search out a party to attend, you don’t have to dress up as a clown (which could prove scarier than a monster!), and you most assuredly don’t have to participate in anything outright evil. But, if the opportunity presents itself, might I encourage you to consider how you can be the grace of God amongst your friends, neighbors, and colleagues? Might I challenge you to ponder the possibilities of a grace-empowered person walking into a house full of non-Christians who all have on costumes while playing games and dancing to some tunes?

Sure, some will participate in evil activities on this day. And we should pray for protection, pray for right-living, pray for God’s heart to be known to our neighbors. But, for the majority of the hundreds of thousands that will participate in Halloween, they won’t be pulling out the tarot cards or ouija boards.

Might this eve be an opportunity to show hospitality to our neighbors?

2 thoughts on “That Holiday We’re Not So Sure About”