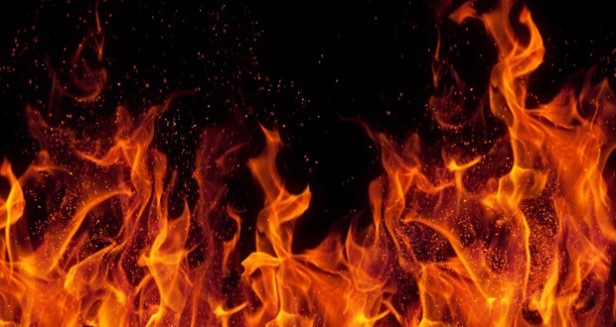 I’m in the midst of a short series on “hell.” My contention is that the modern concept of “hell” for many is a far stretch from what the ancient Jewish text of Scripture teaches. Thus far, I have posted 2 articles: one discussing the nature of the words sheol and hades and then a second looking at the oft-discussed passage of Luke 16:19-31. It’s amazing what we find out when we get down into the nitty-gritty of the details.

I have a couple more articles I’d like to post, but this current one will consider the term gehenna (what usually gets translated as “hell”).

I’ve already laid out that, to translate hades as “hell” is a misnomer. Again, hades is simply a neutral place for the dead, meaning it is not a place where the unrighteous are sent for eternal, conscious, post-mortem punishment. That is not the ancient Jewish concept. More here.

But what of the word gehenna?

I noted in my first article that the word gehenna is only used a total of 12 times in the whole of the New Testament – 11 by Jesus in the synoptic Gospels, 1 in the epistle of James.

What I believe happens is phrases such as “eternal punishment” and “everlasting destruction” get interpreted outside the Jewish narrative context of Scripture and then that inaccurate concept is applied to the term gehenna. This leads to forming a view of hell as eternal conscious torment.

Well, let’s look at the term gehenna in the Gospels, for it is Jesus himself that uses that specific word the most.

For starters, there is an actual background from which this term is derived. It’s not a word or concept that simply came into existence in the time of Jesus (and it’s not the same as hades, but I already said that). The word gehenna is the Greek translation that comes from the Hebrew phrase “Valley of Ben Hinnom.” This phrase is connected to Jeremiah’s words in 7:30-33 and 19:6-8. Read the passages to see the horrible descriptions of what would happen to the Israelites in the midst of the Babylonian invasion. The slain Israelites would be buried in this particular valley outside Jerusalem and their carcasses become food for the birds and animals!

Not only was it a place identified with destruction – dead bodies being buried everywhere – but it was also one associated with the defilement of child sacrifice (see Jer 7:31 and 2 Kings 23:10).

But here is the kicker: This Valley of Ben Hinnom (Hebrew), or Valley of Gehenna (Greek), was an actual place existing just outside the city of Jerusalem.

Now there is some contention as to whether this Valley of Gehenna was a place where the city’s waste was burned, which would explain the wording “fire of gehenna” (i.e., Matt 18:9). What we can uncover is that the imagery of fire is connected with the words of Isa 66:19-24. This Old Testament passage tells us that the people from the nations will be brought to a restored Jerusalem, a whole new setting established after judgment, which is identified by the phrase “new heavens and new earth.” In that day, these people will also be able to “go out and look on the dead bodies of those who rebelled against me; the worms that eat them will not die, the fire that burns them will not be quenched, and they will be loathsome to all mankind” (Isa 66:24).

It is these words of the prophet Isaiah that are drawn upon as we read Jesus’ statement in Mark 9:42-50: “It is better for you to enter life maimed than with two hands to go into gehenna, where the fire never goes out” (vs43). He continues, “It is better for you to enter the kingdom of God with one eye than to have two eyes and be thrown into gehenna, where “‘the worms that eat them do not die, and the fire is not quenched'” (vs47-48).

What can we conclude? a) Gehenna was an actual place just outside Jerusalem where bodies would be buried and fed upon by animals and that b) Jesus connected this site to a place where fire continually burned (“is not quenched”) and worms (literally a kind of maggot) feasted upon the bodies thrown there.

Gehenna, which still existed in Jesus’ own day, was going to be a place of destruction and fire. Plenty of Jews walked by this place day in and day out. They knew exactly to what he was referring.

And as many will point out – including the likes of scholars Edward Fudge and Andrew Perriman – the first century Jewish historian, Josephus, used such language in describing how this valley of gehenna was filled with the dead bodies of the Jews following the Roman ransack of Jerusalem:

Now the seditious at first gave orders that the dead should be buried out of the public treasury, as not enduring the stench of their dead bodies. But afterwards, when they could not do that, they had them cast down from the walls into the valleys beneath. (The Wars of the Jews, 5.12.3)

Josephus is describing a situation that Jesus had expected to come about!

But here is the big question: In his use of the word gehenna, was Jesus speaking of his own setting and specifically what would happen to the unfaithful, apostate Jews as they faced judgment under the hand of the Romans? Or was he using the imagery of such an infamously despised and forsaken place of destruction to speak of a far-future judgment upon all humanity?

At this point, I lean towards the former, primarily because I believe Jesus spoke within his own historical Jewish narrative. He did not carry an abstract message. It’s not that Jesus’ message was irrespective of any context outside the Jewish framework, nor am I saying the Scripture speaks of no future judgment (I’ll come on to that in the future, no pun intended, considering the words of Rev 19-21).

However, in my study, I am becoming more and more convinced that a narrative-historical understanding of Scripture provides for a better understanding of applying Jesus’ words within his own context. Jesus came as a Jew, thought like a Jew, spoke like a Jew, lived like a Jew, even holding to a Jewish worldview and theology, if you will. As missiologist Andrew Walls states, “The Word became flesh and spoke Aramaic; presumably with a Galilean accent” (The Missionary Movement in Christian History, p173).

And as the Jewish Messiah, with his deeply Jewish bones, Jesus spoke directly into that context.

Still, even if one wants to argue Jesus’ words are simply drawing upon imagery in his day to speak of a more abstract, future period of judgment, that’s understandable. But we also need to consider the nature of the gehenna fire.

What is this fire? Does it completely burn up at some point or does it continually (“eternally”) torment?

The idea most connected to the fire of gehenna is that of destruction. Not torment, but destruction. If one does a quick search of the term destruction in the New Testament, you will see just how often that word is used to describe the judgment of God. The concept is not one of everlasting conscious torment, but of the finality of the judgment.

Fire burns up, consumes, and destroys. And I believe Jesus’ message – again, one steeped in the Jewish storyline and theology – was that the Valley of Gehenna would be a place where judgment would be applied by the Romans unto the unfaithful Jewish people who had forsaken the one true God. Not only that, but it would be one highlighted by the destructive forces of death, fire, and worms feeding upon the dead bodies.

Still, as noted above, if one projects the gehenna statements into a future judgment, the overwhelming focus of Scripture remains: fire burns up, consumes, and destroys. This fire has an eternal quality to it, in that it is final; but it is not eternal in the sense of continually tormenting the unfaithful.

In my next post, I’ll look at some particular descriptors like “eternal punishment,” “everlasting destruction,” “weeping and gnashing of teeth,” and a few others.

If interested in reading beyond my own brief thoughts, do look into Edward Fudge’s works such as, Hell: A Final Word, and Andrew Perriman’s, Hell and Heaven in Narrative Perspective. Both men have provided helpful reflections for me in their books. 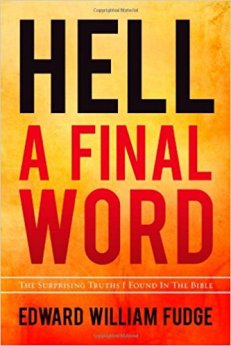 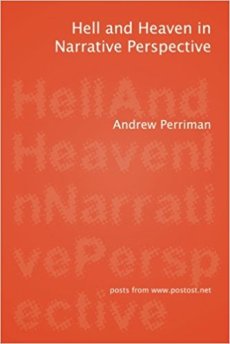