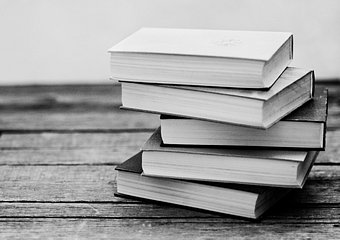 Yesterday, an article was posted at the Baker Academic blog entitled Ten Guidelines for Evangelical Scholarship. It was written by Donald Hagner, George Eldon Ladd Professor Emeritus of New Testament and Senior Professor of New Testament at Fuller Theological Seminary.

The thrust of the article is this: helping evangelicals engage with critical scholarship. It’s a challenge, at times, to read critical scholarship. No doubt about it! Especially for the one who desires to maintain a robust faith historically connected to the Christian faith of 2000 years, but who also enjoys engaging with such academic scholarship, examining some of the historical, literary and textual challenges with regards to Scripture.

It’s no easy task and I am no expert in this field.

Still, I found these guidelines produced by Hagner as a very helpful summary. I add in a little commentary on each point.

I suppose Hagner means that we see what is in the actual text of Scripture, but also that we see what is there in the challenges of academia. For many Christians, they can simply roll their eyes at any aspect of critical scholarship. But such scholarly approaches should not be seen as inherently non-Christian. There are plenty of Christians that hold the Bible to be the God-breathed and authoritative text for our life of faith, but who also recognise challenges and questions that arise when engaging with Scripture.

Not only that, but much time is given to ‘reconcile’ the data when, at times, the data might not be reconcilable. Or it might not be reconcilable as we had hoped. Of course, I think most problems will be resolved if we stop approaching Scripture from a modern-day view, but rather allow it to be the ancient text that it is. This anachronistic approach will leave us all unsettled.

2. Affirm the full humanity of the scriptures (the word of God in the words of men).

Many Christians have a more Docetic view of Scripture, meaning they only emphasise the divine nature of the Bible. Of course, most espouse a grammatical-historical hermeneutic, meaning that we can best understand Scripture within its own ancient historical, cultural and linguistic framework. However, when it comes to the detail, many can push aside ‘discrepancies’ by claiming something of this nature: God is omniscient and the Bible comes from God. So what it says about topic A (cosmology) or B (origins) is simply exact and straightforward on that topic. I believe this is what can happen within a young-earth creationist framework or when we assert that the narrative portions of Scripture are always a straightforward, factual historical account. But I’m convinced the Scripture writers were not giving a detailed timeframe on creation, nor did they feel they had to only give factual history.

Yes, some can hold to a more Arian view of Scripture, not allowing for the God-breathed nature of Scripture. But there has to be balance. Scripture is a pointer to one of the great team projects of God – the gift of holy Scripture through the work of God and his people.

3. Define the nature of inspiration inductively (not deductively), i.e., in light of the phenomena of scripture (doing justice to it as it is).

Many people imagine a Bible that they want, rather than what we actually have. We all know Scripture did not drop out of heaven – in the beginning, nor at some point along the way. But, if you really get into the development of the Scripture canon, you will see it was not always a neat and pristine project. The development and organisation of the Scripture is much, much more organic than we sometimes imagine. I love Scripture. We all should. But Scripture is what it is, not what we wish it would be.

4. Acknowledge that no presuppositionless position is possible and that the best we can do is attempt to step outside of our presuppositions and imagine “what if.” (Only a relative degree of objectivity is attainable.)

I think most would recognise they cannot approach Scripture without their own filtered presuppositions – cultural, historical, linguistic, denominational, etc. No one particular Christian tradition has the corner market on biblical interpretation. Of course, we can conclude that Scripture means what it means. But we have to ask – What did the writers mean? What were they trying to convey through their words?

5. Modify the classical historical-critical method so far as its presuppositions are concerned, i.e., so as to allow openness to the transcendent, the action of God in the historical process, the possibility of miracles, etc. Develop a method not alien but rather appropriate to what is being studied.

This is no problem for evangelicals. While the historical-critical method should not be demonised, remembering that many Christian scholars allow for this method, it should not also be seen as THE final word.

6. Maintain a unified worldview, avoiding a schizophrenic attitude toward truth and criteria for the validation of truth. That is, all truth is God’s truth, including that arrived at through our rationality.

We don’t need to be afraid of reading and learning from the areas of science, history, geology, biology, archaeology, literature, etc. Even learning from those in these fields who are not Christians. And I believe that, at times, as we engage in these arenas, we will be challenged to let go of our presuppositions about what we thought Scripture must be communicating, which includes recognising that Scripture might not be trying to give us details on a particular topic (i.e. origins and cosmology).

This challenges a modernist worldview where truth can only be truth if it is empirically proven as absolute and objective. This is why I appreciate aspects of practical postmodern thought – truth can be ascertained, but finite and fallen human beings cannot do so objectively and absolutely. However, we can reasonably and functionally know truth. There is a difference.

Remember, we are not omniscient in regards to all knowledge and we cannot even be omniscient about a particular thing. We simply are not God ourselves. Still, this must not lead to a tailspin of despair, for we have many a tools available to us to make reasonable and practical truth claims. This is why it isn’t simply ‘Scripture alone’, but Scripture plus church history, the church today, general revelation amongst varying fields, the active work of the Holy Spirit, etc.

8. Avoid the extremes of a pure fideism and a pure rationality-based apologetics. Blind faith is as inappropriate as rationalism. Faith and reason, however, both have their proper place. What is needed is a creative synthesis.

Yes, a synthesis of a robust faith in Christ and the power of the gospel, but also allowing for our reason to be involved. We should not argue that this is a matter of faith alone, nor that this is only something to be dealt with from our rational thinking. Many a Christians argue the former; many a non-Christians argue the latter. We are real humans that engage with both cases – faith claims and reasoned claims.

9. Develop humility, in contrast to the strange (and unwarranted!) confidence and arrogance of critical orthodoxy (concerning constructs that depend on presuppositions alien to the documents themselves).

I think this builds on #8. Humility can be taken too far. Or false humility, in that some make the argument that we can never know anything for certain. But anyone solely basing their argument upon empirical and rational reason, or solely upon their faith in X or Y, this is simply untenable for non-omniscient humans. We have an ebb and flow between both elements.

10. Approach criticism by developing a creative tension between intellectual honestly and faithfulness to the tradition (each side needs constant reexamination), with the trust that criticism rightly engaged will ultimately vindicate rather than destroy Christian truth.

Don’t know if I need to add anything else. But, at times, critical scholarship can (helpfully) obliterate our naivety. Having said that, the weakness of faith can obliterate arrogant rationalism. Either way, some tearing down on each side might be needed to come to a better holistic approach to the Christian faith. In the end, I do not rest my faith on particular adjectives to describe the nature of Scripture. And I do not rest mainly on what I, or you, can figure out with our rationality. I rest my faith on the One who is faithful through his Son as proclaimed in the gospel. I would exhort the same for all.