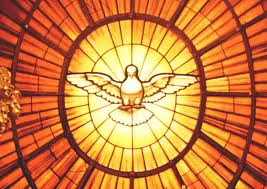 I am one who unashamedly believes that God still speaks today. You can call me charismatic. Or you can identify me by the more politically-correct theological term known as continuationism. But I believe God still speaks-reveals-communicates today, as he always has done and will continue into the age to come.

Why would I believe such?

1) God is an actual living, personal being

Almost every Christian would uphold this statement. And, so, one would only expect a living, personal being to be a communicator, a speaker. I am not sure I need to quote a lot of proof texts (though I could). But it is simply a theological deduction from reading the entirety of Scripture.

Living, personal beings are communicators in so many ways. And so, why would we expect anything less from the eternal personal being? Thus, he will continue to communicate, speak, reveal, unveil, illuminate, until all things are completed. Well, and then he will keep speaking even after all things have been renewed in Christ!

When I use the word charismatic, I mean it in the sense that Roger Stronstad defined it in his work, The Charismatic Theology of St. Luke:

I use the term “charismatic” in a functional and dynamic sense. By “charismatic” I mean God’s gift of His Spirit to His servants, either individually or collectively, to anoint, empower, or inspire them for divine service. (p13)

And, as the living Word, Christ was the greatest prophet to ever exist. Yes, greater than Moses or Isaiah or Jeremiah. There has been none like him who spoke and revealed the Father as he did.

Therefore, if Christ is the great charismatic prophet, then by nature, his body is to follow in those same footsteps. The body follows the head. It’s part and parcel to our calling in Christ. It doesn’t mean that everyone is particularly marked out as a prophet today. Of course not. But, via the Holy Spirit’s indwelling and empowering, Christ expects his body to get on with completing that which he initiated. Christ is still continuing that which he began to do and teach (Acts 1:1). Thus, we are now not only a priesthood of all believers, but also a prophethood of all believers.

3) The Spirit continues the same work of Christ

This really connects with the former point, but it’s the Spirit who continues the work of Christ. It is he that comes to empower the people of God, all that we might be vehicles by which Christ continues his work. I know this sounds like the A, B, C’s of pneumatology (doctrine of the Holy Spirit), but the charismatic Christ sent the charismatic Spirit to gift the charismatic ekklesia-church. One cannot get away from the reality that the work Christ began so long ago was to continue through the current age.

4) The positive affirmation in Scripture that such gifts would continue

I share much more here, but suffice it to say that there are actual Scripture passages that teach such works and gifts would continue. In the article I have linked to, I specifically take time to look at four positive Scriptural affirmations: John 14:12; Acts 2:17-18; 1 Corinthians 13:8-12; and Ephesians 4:11-16. There are plenty more one could look at and consider, but those are a very solid starting point as to specific passages.

There are the ‘usual suspects’ passages brought up by cessationists. These passages become pointers as to why certain gifts (or ‘sign gifts’) would cease once the full testimony of Christ and the gospel was completed in the New Testament canon. But that’s just it – Scripture actually doesn’t tell us to expect some gifts to cease.

Four very often quoted passages are 1 Corinthians 13:8-12; 2 Corinthians 12:12; Hebrews 1:1-2; and Hebrews 2:3-4. I have spent some time considering these passages in this article, which you can click to read more thoughts if you’d like.

As a side point, it is also quite interesting to note that phrases like ‘word of the Lord’, ‘word of God’, or ‘word’ do not usually refer to the graphe or written Scripture. It can refer to such, but not normally. God’s word – not just that in the text of Scripture – was always being spoken, even if it wasn’t recorded in the canon of Scripture (e.g., 1 Sam 10:10-13 and 1 Tim 1:18-19). Again, it’s part and parcel to be a living, personal being that desires to communicate. Here are some other examples below where the above phrases do not refer to the written Scripture:

6) God spoke through those who were not prophets or apostles

Even if one wants to argue that apostles and prophets do not exist today, there are still plenty of examples of others who were used to speak forth prophecy or used in other extraordinary gifts. Here is a smattering from the New Testament:

This should give courage to those of us who are not actually apostles or prophets (most of us!). God wants to utilise his people in such ‘charismatic’ activities since he has been doing such from the beginning.

7) The great testimony of the charismata in church history

I have already written on this topic before, which you can find here. But suffice it to say, there are plenty of examples of God, by his Spirit, speaking and acting out the charismata as found in 1 Corinthians 12.

And, a great resource to look at would be The Century of the Holy Spirit: 100 Years of Pentecostal and Charismatic Renewal by Vinson Synan. He takes time to chronicle what has happened over the past 100 years or so with the rise of the Pentecostal and charismatic movements. In today’s world, it is estimated that there are some 500 million believers associating themselves within the Pentecostal, charismatic or neo-charismatic branches of the church. And the accounts of God’s activity by his Spirit continue on into the 21st century.

Also, another book I have been made aware of, but have not yet been able to read, is Charismatic Gifts in the Early Church by Ronald Kydd.

So, suffice it to say, I find it extremely hard to argue for the cessation, or ceasing, of certain gifts of the Spirit. For me, there is an overwhelming biblical, theological and historical positive case for the continuation of such.