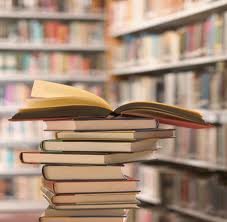 In keeping with my annual tradition, I thought I would post the top books I read in 2012. If interested, here is my list from 2011, 2010 and 2009. What I must say about this year is that I wasn’t able to review all of the books I read. It’s a practice I like to do, and I actually hope to come back to some of those I missed over the year.

These are in no particular order:

1. How God Became King by NT Wright. Many Christians tend to emphasise the beginning and end of the Gospels – Jesus’ incarnation/birth and his death, and possibly his resurrection. But the stuff in the middle, we aren’t quite so sure what it’s all about. Why the miracles? Many would answer this question by saying it was to prove he was God or God’s Son. And what are all the teachings about? To teach us to live a good, moral life. But Wright suggest that all of these – his birth, life, miracles, teachings, death and resurrection – are mainly about one thing. That is God becoming king. See my review here.

2. Simply Jesus by NT Wright. This book is complementary to the one above. In all, what we have here is the challenge that, whereas many are fine to see Jesus as a religious leader who has come to save our souls and get us to the destination of ‘heaven’, Jesus’ coming was all about God becoming king. Not a king ‘up there’, not a king for a future reign for a certain time period, but kingeven here and even now. My review can be found in tandem with How God Became King.

3. Who’s Afraid of Postmodernism? by Jamie Smith. Though I have never been deeply drawn into philosophy, this stands as a very good introduction to postmodernism, especially coming from a solid, evangelical Christian. Smith does not see postmodernism as fully antagonistic to the Christian faith, but sees some helpful pointers for forming a healthy epistemology (how we know and engage with truth). While Smith does not advocate an antirealist postmodern position, he does commend a more practical postmodern position. And I agree with him. My review, mainly of the first 2 chapters, can be found here and here.

4. The Contemplative Pastor by Eugene Peterson. One of my favourite authors has become Eugene Peterson. His pastoral, caring heart comes through all of his writings, and I have made it a point to read more and more of his thoughts. I expect to read a few more of his works in 2013. My review is posted here.

5. Why Did Jesus, Moses, the Buddha and Mohammed Cross the Road? by Brian McLaren. The name of this author does not sit well with many evangelicals. And it is understandable, as he has embraced a more universalist perspective, as well as holding that same sex relationships/marriage is ok. Still, I think McLaren has put his finger on an important issue in this book – how, over the many centuries, Christians have used the Scripture to create a very strong us vs. them mentality, one that keeps us from compassionately reaching out to those of other faiths, but rather demonising them in many respects. Overall, we need to heed not McLaren’s call, but Christ’s call, to not reprimand those who do not yet know God in Christ, but to lovingly care for them, inviting them into our lives and being a part of their lives.

6. God’s Word in Human Words by Kenton Sparks. Here stands a very large text of just over 400 pages. As I once heard it described, Sparks’ work is like Peter Enns’ Inspiration and Incarnation but on steroids. This book is, by no means, for your average church goer. The main reason is that it deals somewhat in depth with critical scholarship concerning the Scripture. Critical scholarship sounds like a bad term. But it’s not necessarily. There are many Christians involved in this field – looking at the historical development of the Bible. And, so, Sparks takes up the challenge of helping Bible students understand that things are not so nice and tidy in regards to the formation and compilation of Scripture, but we can still, by faith, trust that the Bible is God’s inspired (or God-breathed) revelation. I have a three-part review – part 1, part 2, part 3.

7. Sacred Word, Broken Word by Kenton Sparks. With the previous book releasing in 2008, here is a shorter and much easier text for Christians to handle that came out this year. It basically addresses much of the same issues as God’s Word in Human Words. Here are some brief thoughts I shared about the book.

8. Junia Is Not Alone by Scot McKnight. Many will know my advocacy for women in leadership. McKnight has been a helpful guide in thinking through some of the biblical, theological and cultural aspects of this topic. Here is a very short book (25-30 pages) offering some thoughts on why women should be allowed in church leadership. I shared my thoughts here.

9. Hell and Heaven in Narrative Perspective by Andrew Perriman. There has been much discussion over the topic of heaven and hell these days, especially with Rob Bell’s publication almost 2 years ago. Perriman is one who has taken the steps for a deep exegesis of the Scripture around the topics of hell and heaven, both in his blogging and books. He is a proponent for what is known as the narrative historical hermeneutic. The Scripture is not so much an abstract text written with all people of all times in mind, but rather a specific text written to specific groups of people within particular contexts (though, of course, we can all benefit from its teaching). And so Perriman explores how to mainly better understand the concept of ‘hell’, or hades and gehenna in the New Testament context.

10. The Evolution of Adam by Peter Enns. With this release, we have one of the more helpful books for Christians who desire to think through the biblical and theological issues if evolution were true (in that God utilised what we call ‘evolution’ to bring about his good creation). Enns offers that the details of what Scripture teaches us and what science addresses are two very different fields. Passages like the early chapters of Genesis are to be understood within their ancient context, not as if the author was writing with an in depth knowledge of the scientific workings of the universe. And, even more helpful is Enns’ engagement with Paul’s words in places like Romans 5. Most Christians think that Paul believed in an historical Adam, and if so, then all Christians should hold the same belief. But how does this fit within a more ancient biblical and theological framework?

11. The Evangelical Universalist by Gregory MacDonald (aka Robin Parry). Whereas Rob Bell’s book was not as deep biblically and theologically, MacDonald’s book travels this path, looking at key biblical texts and theological issues. MacDonald does not argue for universalism as if nothing matters. Rather he argues that, in Jesus Christ, God will ultimately reconcile all people and things to himself (in light of passages like Col 1:20). While I don’t agree with this conclusion, I think MacDonald offers some very good thoughts for the framework of evangelical universalism. And it also challenges us to better engage with the texts that so often get overlooked in favour of others.

12. Jesus Have I Loved, But Paul? by JR Daniel Kirk. Here is one of the younger, up and coming theological thinkers of the day – Daniel Kirk. Though this is not a project unattempted in previous days, Kirk looks to reconcile much of the teaching between Jesus and Paul, but with an emphasis on the ramifications for issues arising in our current culture.

13. Green Like God by Jonathan Merritt. Many Christians can still see the emphasis on green issues, or stewardship of creation, as more of a cultural focus of the day, one that will ultimately fade as a fad. In all, some might view it as unimportant when compared with ‘preaching the gospel’, in that we are here to get souls saved. But Merritt shows how care of creation is at the very heart of God. And I agree. I believe that one of the ways we can proclaim the lordship of Jesus over all things is to remember that he is making all things new, even creation, and he therefore wants us to care for what he cares deeply about even now. This is clear from the beginning in Genesis 1 and 2.

14. The Hobbit by JRR Tolkien. I read this book over 10 years ago. So it was time to re-read it in preparation for the movie. I’ve still yet to see the movie. But our plan is to catch it this week.

15. Cross Roads by William Paul Young. I just finished this over Christmas week. Yes, Young is the author of the multi-million seller, The Shack. This is his second book. And while it might feel somewhat like The Shack, it definitely has it’s own feel and plot. And it speaks to the deep, personal hurts of humanity through the main character, Anthony (Tony) Spencer. As with his former book, this, too, will challenge people’s theology at points. But it isn’t as glaring as that of The Shack.