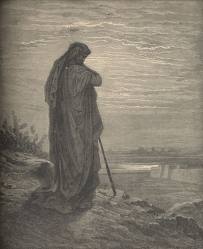 Last week, I began some posts on the gift of prophecy and the ministry of the prophet. I believe it is a given, both biblically and practically, that these giftings-ministries are both needed and given today.

Christ, the great prophet, expected his church to be a prophetic body empowered by the prophetic Spirit. This wasn’t to end with the affirmation of a canon of Scripture. Rather, with the Scripture acting as a standard, the body of Christ was to get on with not only it’s priestly and kingly ministries, but also its prophetic ministry. And thankfully, Christ has gifted specific people as prophets to equip the people of God to hear God and speak faithfully on behalf of God.

Let me address 3 points that I think become easy misnomers about prophecy:

a) Prophecy is mainly about prediction.

I alluded to this one in my previous article, but I think it worth fleshing out a bit more.

I suppose, at least for some, the word prediction makes one think of all types of spooky stuff – palm reading, fortune-telling, etc. It’s part and parcel to the spookiness that exists around terms like prophecy and revelation. And, some of it is warranted when you consider the practice of certain folk today. Or, even more, we turn to the Bible, our minds mainly recall the predictive texts, especially the ones that were to point to Christ.

So, whereas prophecy could include an aspect of foretelling, I would say it is firstly about forthtelling. Prophets always spoke into their own time. That’s typically what they had in mind. True, there is a Christocentric nature to the words of the Hebrew prophets in the Old Testament Scriptures, and the New Testament writers applied their words in such a way. But the words of Samuel and David and Isaiah and Ezekiel and Hosea were given smack dab in the middle of their situations. Even the words of the great apostolic prophet, John, in his visionary text of Revelation, come forth into an early church of his day. I’m always reminded of how he starts things out:

The revelation from Jesus Christ, which God gave him to show his servants what must soon take place. (Rev 1:1)

Somehow these words can easily be adjusted to say: The revelation from Jesus Christ, which God gave him to show his servants what must soon take place when these things  begin. They haven’t begun yet (or maybe they have now), but they will begin one day, in the distant future from John. And then these things will soon take place from that day forward from when things were set in motion.

But that’s not what John is getting at. Revelation speaks to the church of his day, even 7 churches in the area of Asia.

Of course, some of this does have a predictive element. If John or the prophets of old were speaking into their day, they were preparing people for situations that were going to take place in the future for them. Nevertheless, the element of prediction is smaller than we might imagine. This, again, is due to the nature of prophecy – the word of the Lord into particular ongoing situations. Into Israel, in to Judah, into Rome, into Galatia, into Jewish Christians of the early decades, into churches in Asia minor.

Very real. Very practical. Very much into the current life of the church.

Prophecy is firstly about speaking forth the word of the Lord for now.

b) Prophecy is mainly about rebuke.

This is another misnomer that hangs in the air with regards to prophecy. But a quick glance at 1 Cor 14:3 reminds us of one central goal with prophecy.

But the one who prophesies speaks to people for their strengthening, encouraging and comfort.

It doesn’t mean that prophecy is merely a pat on the back from a pushover Santa Claus type figure: ‘You’ll be ok. Hang in there.’ At times, prophecy will involve correction and rebuke. But even with these words, such comes forth with the ultimate goal of seeing people strengthened, edified and built up. This is also in line with Paul’s earlier words about the purpose of all gifts of the Spirit:

To each is given the manifestation of the Spirit for the common good. (1 Cor 12:7)

Therefore, I would say a helpful and good working definition for prophecy is this: a Spirit-inspired, intelligible, verbally delivered message intended to edify, encourage and comfort other believers.

It took a while, but the evangelical church as a whole has mainly moved away from more of a dictation concept with regards to the inspiration of Scripture. This view basically sees the words of Scripture as given either through an audible voice or through the direct hearing of God’s voice in a visionary context. But we know that some of the writers utilised first and second-hand testimony, varying documents and sources and accounts available at the time, oral traditions, etc. Very practical stuff for assisting these wise authors and compilers of Scripture. Of course, we are not sure how much of Scripture records more direct revelation and how much of it is providential revelation, if you will. Nevertheless, the point is we recognise that Scripture is not a dictated text.

But, while some may recognise that certain portions of Scripture are not dictated (genealogies, proverbs, reports in the Gospels, etc), maybe there still remains an underlying thought that at least the detailed words of the prophets were pretty much word-for-word speeches and written recordings of God’s revelation.

Now, I don’t disagree that some prophetic messages were given in a more direct sense (at least as direct as it can be from God in all his God-ness speaking to finite and fallen humans). But I also am convinced that absolute direct speech from God, which is then disseminated from one person to another person or group of people, is not inherent to prophecy.

Why would I say such?

I am simply reminded of Paul’s words himself: For we know in part and we prophesy in part. (1 Cor 13:9)

Of course, one could argue that what is being communicated here is this: No one person sees the whole picture and counsel of God. But the picture (via words) that is given from God is complete in that picture itself.

It’s plausible. And we cannot really argue in detail one way or the other.

But, let’s simply consider something practical: Let’s say God gives a revelation of his fatherly care for people. Do we really think that one particular revelation is going to come in all its fulness?

What about God’s rightness and faithfulness? If God were to open his mouth and explain to finite and fallen humans how right-eous and faithful he is, how’s that gonna play out?

And, though some will feel quite uncomfortable with me suggesting something from experience, I can simply testify that the outworking of prophecy seems to move along in this direction. Sometimes the voice is more clear cut than others. But sometimes it comes through what we sense in our spirit’s, in the deep parts of who we are. It’s not so clear, but the communication still comes forth with a prophetic edge, functioning along the lines of the ever-important goal found on Paul’s pen in 1 Cor 12:7 and 14:3.

We can know his voice. But only in part. We can speak forth the word of the Lord. But never in fulness. Prophecy was never meant as a word-for-word dictation message from God via a human. It’s not unlike the goal of the spiritual gift known as interpretation of tongues. The point is not to interpret from the tongue to the known language of the church in direct word-for-word form. It is to communicate the message of the tongue, the heart and thesis of what the Spirit is looking to see communicated.

I’ve seen prophecy on a regular basis for the almost 16 years of my life in Christ and I could never be moved to see it as something foregone, ending a long time ago with the finished product of our canon of Scripture. And I have not only known prophecy and revelation to come forth today, but I have also known the true fruit to come from it, that of edification, strengthening, encouragement, exhortation and the common good.

Maybe it’s time we let down our guard and begin to a) listen to him and b) build relationships with men and women of God that are faithfully and healthily looking to do the same.