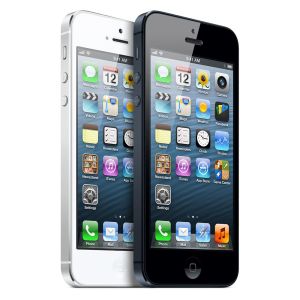 Well, everyone and their mother should be aware that the new iPhone 5 was released this week. It’s nice, no doubt. Supposedly, the first available phones were sold out in one hour.

I like Apple products. I buy them myself, if I have the funds available. But sometimes the craze makes me want to head to an Android phone…or the old, original Nokia. Such craze is the life of capitalist, consumerist America.

Anyways, a friend shared a video with me today that left me laughing. On Jimmy Kimmel Live, they did some testing of the iPhone out on the streets. They asked people if they would be interested in trying out the new iPhone 5, just to see how it compared to the former model, the 4S.

Of course, in reality, no one can get their hands on the iPhone 5 just yet. You can pre-order now and get it in 2 weeks or you can cue up at Apple stores on 21st September to purchase one. So, it’s funny watching the people react positively to the new features of the iPhone 5, when they are actually holding the 4S.

Watch and get a good chuckle.