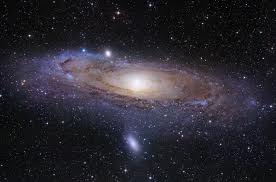 This past Sunday, I honed in on a passage in Romans 8:18-30. It’s not an unknown passage by any means.

Paul is writing to a church that has become easily divided. Some 6 to 8 years before Paul wrote to the church, the emperor Claudius had expelled all Jews from the area of Italy (see Acts 18:1-2). Thus, the church became strongly Gentile. But the successor to Claudius, emperor Nero, allowed the Jews to make their way back into this area of the Roman empire.

So Paul isn’t so much addressing an abstract situation where he is thinking of you and I, the church for all-time. He is addressing a real situation in real time and history. We have a Gentile people mainly disconnected from the Abrahamic faith of Israel and you have a Jewish people desiring to see this great heritage not lost. And it’s in the context of the Roman church with Paul laying out the Abraham faith story that would benefit both groups, hopefully uniting them as God intended.

With chapter 8, Paul moves into the very important role of the Spirit of God in walking out the right (justified) life of God based in the faithfulness of Messiah. Even more, in the end, God is working out the good for his Spirit-enlivened people (8:28). They are destined to look like Messiah-King, being Messiah and King of both Jews and Gentiles.

In the midst of our ch.8, Paul gives a little foretaste of God’s greater cosmic plan for all of creation.

God is interested in this creation, this whole creation, which includes his people in Jesus. Such a fantastic plan is summed up this way – our present sufferings are not worth comparing with the majestic, awe-inspiring work of God to be revealed in us. For Paul in particular, this meant suffering because of his continued announcement of the evangel across the Roman empire. And I think Paul expected some kind of future suffering for the churches, including the central hub of the Roman empire. All one needs to do is read the history of the Roman emperors from the first couple of centuries AD.

But none of this compared to what awaited the children of God – the liberation, freedom and glory (see also vs21).

And, in all of this, creation got pulled into a place of frustration. All creation is involved in decay and death. Somehow it fits into the providential purposes of God.

Still, a day was awaiting. A day when God’s children would be revealed in all their glory and all creation would be liberated along with them.

And we are right to cast this day into the forward future. I suppose creation, like us, has still been groaning. I pulled a muscle in my back this morning just from sneezing. Though seemingly small, groans come forth even now, as I am reminded of my longing for all things to be made new and right in Christ.

Yet while this is a future point for which we await, as people who are already part of the future, I think this passage can challenge us just as much today – For the creation waits in eager expectation for the children of God to be revealed.

Ok, then. Let us be revealed. Today!

I don’t mean that we all run out into the streets shouting, ‘We are the children of God!’ Nor that we need to start knocking on doors as an expression of announcing the good news of Jesus and his kingdom.

You see, we have to convince God’s people that our being the children of God is very much expressed in the mundane. Yes, it is! In our gardening, in our financial stewardship, in our relationships with our spouse and children, in our exercise, in our rest, in our housekeeping, in our jobs, in our eating. Diligence, faithfulness, care for the poor, serving our neighbours, encouraging the body with a few words. It all is a revealing of the children of God.

Tell the evangel news of Jesus. Tell it in a way that draws people to Jesus. Tell his story and your’s. But all of it is part of life, this life we live even now to reveal ourselves as the children of God. Some of these things might simply seem as starters, but it is a revealing of God’s children in their glory. And I am convinced if we start there, we can move on to ‘bigger’ things, whatever that might look like.

I don’t know about you, but if I came across a people living like they were God’s kids in all of what that meant, I’d probably be quite interested. True, there will be scoffers. But overall, we must remember what it’s supposed to be like for God’s kids to be around, in this life, in this world.

Creation, all of it, awaits for that day when we are revealed, liberated into the good glory of God’s good purposes. But we are already a people of the future. And the future has come in to today. Can we live it today, in the mundane, in the step by step reality of life? As Hudson Taylor once said – Little things are little things, but faithfulness in little things are big things.

5 thoughts on “All Creation Awaits…Even Now”