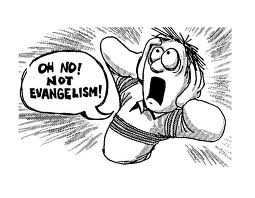 This is my next-to-last post in my series on the gospel and evangelism. Hallelujah! In the last post, I spent some time laying out foundational elements for evangelism and the evangelist. I specifically highlighted these few points:

That is a pretty sufficient summary of what I believe evangelism and the ministry of evangelist is all about.

Still, at the end of the article, I asked this particular question – How do people ‘get saved’ when they hear this simple message?

Still, there is something in me that wants to note that it might not be that ‘simple’. But why complicate things? I don’t want to complicate things, but I do want to approach this, the all-important evangel proclamation, as correctly as possible.

I know that, presenting what Scot McKnight identifies as the plan of salvation (the few points that humans are sinners, God is holy and hates sin, Christ paid for our sin, now we must believe upon his work and be saved & forgiven), or something thereabouts, sounds like it will do. That was the message introduced to me just over 15 years ago. At that point, God was so strongly at work in my life that someone could have simply said, ‘Jesus,’ and I would have repented of my sin and started on the path of following Jesus Christ.

And believing that message, or that plan of salvation, is not wrong or unbiblical. People need to grasp those points above.

But is proclaiming this step-by-step plan of salvation the actual evangel? Isn’t that stuff good news? Isn’t this what the guys in the Bible proclaimed?

This is where, at least in theological discussion (or debate), it becomes not as ‘simple’. But I am convinced that sharing those 4 points above (or something like that), and only those 4 points, is not a faithful proclamation of the evangel.

Ok, then, Scott. How in the heck do people get saved by hearing that Jesus is King, Jesus is Lord, Jesus is Messiah, God’s kingdom has come?

It doesn’t sound so ‘simple’ does it? I mean, can one personally respond to such a message?

Well, it might just be worth distinguishing between the oft individualised proclamation of the plan of salvation and the proclamation of God’s rule come in Jesus Christ, which makes available the salvation-deliverance of humanity. I have no doubt people need to respond personally to the gospel, they need to personally come to faith in Christ, etc. I stand on sure ground to say I have personally come to believe Christ and the gospel. But I do believe we sell ourselves short if our proclamation only has individual salvation in mind, at the expense of the fuller purpose of God in Christ. For the evangel is worth proclaiming even if individuals do not desire to respond. The gospel of God’s rule in Jesus Christ is worth proclaiming wider than individual salvation, at least as I can tell from engaging with Scripture.

But can people really respond and believe after hearing that God’s rule and reign have come in Jesus Christ?

Well, have we not believed, ourselves, that Jesus Christ is reigning over all, that he has brought the rule of God on earth as it is in heaven?

I guess some are not so certain of God’s rule. Or some mainly project it to a future and final event.

But weren’t those in the first century gripped by this message? Wasn’t Jesus proclaiming the gospel of the kingdom? Wasn’t this an appropriate message to first century Jews? Wasn’t Peter proclaiming that God had made Jesus both Messiah and Lord (Acts 2:36)? Wasn’t Paul proclaiming that Jesus had been vindicated as God’s Son through his resurrection in power, now enthroned over all, even Caesar himself? Wasn’t the rule and deliverance of God in Jesus going to be made known to all nations?

And I’d say they did this all in light of God making his reign known!

Listen, I am pretty certain that God’s reign could not have been made known without the Christ-event. You know – birth, life, death, burial, resurrection, appearances and ascension. I just don’t think God’s reign would have ever been fully known apart from this Christ-event. Well, it could have. Maybe God could have done it another way. But we don’t need to go there since he ultimately made his rule known no other way.

Whether we like it or not, this is the way he chose to make his rule and reign known, which was the hope of his people from long ago centuries. The message to Zion was to be that the God of the Hebrews had come with his rule in his Son and that rule was going to make all things right amongst his people, and then amongst the nations (which his people tended to forget much of the time). That’s the bread and butter of what Jesus was getting at when he proclaimed the gospel of the kingdom.

Proclaim God’s forgiveness in Christ. Proclaim the cross and resurrection. Proclaim that we are to believe upon Christ and repent of sin and enact this whole thing in water baptism. We want people to enter into the salvation-deliverance of our God made available in his Son, Jesus. But we have no basis to do this without our God coming through in fulfilling his promises to his people that he would once again come to rule on earth as in heaven. And this was first preached to his own, those lost sheep of Israel, then on into the nations.

The whole Christ-event is absolutely important. But it is a means to a great end – that what God intended in the beginning (ala Gen 1:26-28) would be outworked now, in the fulness of time, in the coming of his Son. Please don’t misunderstand me as if I am saying Christ is only a means, a little after thought to accomplish something more important. No, no, no. He is the point. He is the King. God’s kingdom could not have been enacted without his obedience, his faithfulness, his own proclamation in both message and life-acts, culminating in his death and resurrection and enthronement.

And this is the message, the evangel we must proclaim. The Christ-event makes much more sense when it is enveloped in this bigger vision of God, the desire of the Creator to renew, restore, redeem and re-right things, all in his Son. God proves who is King when he restores and redeems in his Son. He is shown the good and mighty ruler over all.

Proclaim that our God reigns….and that he made his reign known through the most unlikely of ways. The birth of his Son as a helpless infant, the incognito powerful displays of God’s grace and glory in the life of his Son, the brutal death of his Son to display God’s power and wisdom, the victorious demonstration of his power in the resurrection of his Son, and now his ruling over all nations. And then one day it will all be complete and the Son will hand things back over the the Father so that the Father might be all in all as he desired from the beginning.

This is the evangel we believe. Not necessarily isolated statements about forgiveness of sin. Not truncated versions of being ‘saved’, as if that means we go to heaven when we die. Nor does being ‘saved’ simply mean that our sins are washed away. We believe our God has come to reign in his Son, Jesus Christ. And that reign has broken into human history, calling sinners to repentance and deliverance (salvation) and new life. Salvation is kingdom ruling language, not ethereal-floaty concepts of a palatial castle in the clouds. Salvation is deliverance from the enemy by the King, not only forgiving naughty things one has done.

And this new community of kingly-ruling priests, this one ekklesia of Jew and Gentile, is to make his rule known across every aspect and avenue of life, a foretaste of what God will do across the whole cosmos when all is completed in his Son.

People do get saved, or delivered, from one kingdom and transferred into another, when they believe this evangel story. Our personal salvation is not the evangel itself. But God’s saving deliverance of humanity is the great response to the evangel of what our God has done in his ruling Son, Jesus.