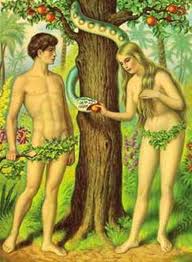 In the opening chapter of Genesis, we read that humanity, being both male and female, were created in the image of God. The more popular phrasing to use today is the Latin, imago dei. We read in vs26-28:

26 Then God said, “Let us make mankind in our image, in our likeness, so that they may rule over the fish in the sea and the birds in the sky, over the livestock and all the wild animals, and over all the creatures that move along the ground.”

28 God blessed them and said to them, “Be fruitful and increase in number; fill the earth and subdue it. Rule over the fish in the sea and the birds in the sky and over every living creature that moves on the ground.”

There is a lot that could be said about and addressed within these 3 verses alone. But I want to focus in on the image of God pronounced over humanity.

What is this image of God?

When discussed within traditional evangelicalism, I find that many see the image of God as pointing to inherent things about humanity like these:

You might even hear some over-spiritualised statements around the idea that, because God is three persons – Father, Son and Spirit – we, being in his image, bear three parts – body, soul and spirit. I will go ahead and say that I believe this, at least as I understand it, is working a bit too hard on what the image of God is.

But what about the other bullet points above. Is that what the image of God is all about?

First off, I will say that I agree with the bulleted statements as is, excepting that we have a soul. I think the better approach from the whole tenor of Scripture is that that we are a soul. But I’ll come back to that in a moment.

No doubt we have a volitional will where we can choose (though there are arguments over how ‘free’ we are to choose). We are definitely rational, we can communicate, and we are relational at our core.

But I would argue that animals are as well. Think about it. They can communicate, they are rational, they make choices and they are relational. Of course, I would argue they are all of these on a lesser scale than human beings. But they still are able to function within these areas.

And secondly, it is interesting to note that the Bible (yes, the Bible) uses the same word for soul with both humans and animals. That word is nephesh.

When God created Adam, he made the body from the ground, breathed into him (spirited into him) and he became a living being, a living soul, a chay nephesh (Gen 2:7). He did not get a soul. He became a living soul. And this is one major factor why I believe we are souls, living beings, not that we have a part in us called the soul. Still, whether one holds to a bipartite view (believing we are constituted of 2 parts) or tripartite view (believing we are constituted of 3 parts) or whatever, we need to remember that God has made us whole beings. We are not designed to be split apart.

Now, back to how the word nephesh used in the early chapters of Genesis.

20 And God said, “Let the water teem with living creatures, and let birds fly above the earth across the vault of the sky.” 21 So God created the great creatures of the sea and every living thing with which the water teems and that moves about in it, according to their kinds, and every winged bird according to its kind. And God saw that it was good.

That word creature is the Hebrew word nephesh. And, even more, the phrase living creatures is chay nephesh, the same exact phrase used of Adam in Gen 2:7.

I only point this out because many traditional evangelicals like to say that one of the major distinguishers between humans and animals is that humans have souls while animals don’t. And so bearing the image of God might point to something about having a soul. But, we have already seen one problematic perspective in that we do not have souls, per se, but that we are living souls. And now we see that this word is also employed with the animals.

Now, please note I am not saying that humans and animals are exactly the same in all respects. Whether one holds to an interventionist view of creation, in that humans were distinctly created separate from animals, or a more theistic evolutionary view that human beings came out from and continue on as the highest animal life, this is not the point here.

The point is this – humans are very much distinct from animals. Why? Because we are told that only humans carry the image of God.

But if the image of God is not about our will, our relational nature, our rationality, etc, then what is it all about?

Being in the image of God is mainly about being God’s representatives. Look back at the original context of Gen 1:26-28. What is going on there? Nothing is being stated about our constitution of who or what we are, nothing about our make-up. It is within a context of God commissioning humanity. Verse 28 is what I like to call the Great Commission of the Old Testament, believing that Matt 28:18-20 is a kind of restatement of God’s original purpose for humanity. Gen 1:26 states, ‘Let us make mankind in our image, in our likeness, so that they may rule…’ Image bearing is so that we may rule on God’s behalf.

But if you are not convinced that the image of God is about us being his ruling representatives, then think about this – What did it mean for Christ to be in the image of God (see passages like 2 Cor 4:4; Col 1:15; Heb 1:3)?

It did not mean that Christ was rational, had free choice, was relational or emotional, though those things definitely applied to him. It was that Christ was God’s ultimate representative. He was more than just this, being God’s kingly Messiah, Lord over all, eternal and divine. But the idea of Christ being in God’s image was that he represented God unlike any other. He was THE image-bearer. And he came as the kingly representative proclaiming God’s kingdom had come to right all wrongs.

And such is true for humanity. Or was fully true until sin and its consequences marred that. We still bore and now bear his image, but we have failed to fully live up to his original intention as mandated from the beginning. God was the good King and we were to be fruitful, multiply, fill the earth and subdue it with his good rule. And this was to be true of each birthed child, each subsequent generation. But we failed. We grasped at wisdom on our own. We became independent of our good God. And the commissioned image was lost to some extent.

And so we needed the faithful second Adam to come and be faithful to fulfil what the first Adam could not, what we could not. He was and still is the faithful image bearer of God, being fruitful, multiplying, filling the earth and now subduing it under his good and just rule.

And the good news is that, we can be renewed and restored back to God’s original intention as God designed. Through the faithfulness of Jesus Christ and through faith in his faithful life, death and resurrection, we can now in Christ ‘put on the new self, which is being renewed in knowledge in the image of its Creator’ (Col 3:10).

The image of God was given to humanity, both female and male, in the beginning. It was ours and not the animals. And it was the call to rule as God’s representatives, his ambassadors. Yet such was lost with our sinful independence, though not fully. But Christ has now come as the faithful image-bearer, the second and true Adam, calling all to leave behind our own grasping at independence and enter back in to God’s original image-bearing plan from the beginning. Christ is the faithful ruling representative on our behalf. And It’s now time to be renewed in Christ as God’s good image bearers and carry on his great commission from the beginning.

9 thoughts on “What Is the Image of God?”