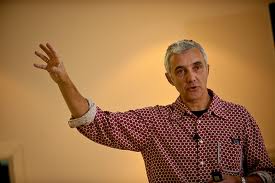 I appreciate good and thought-provoking writings about the Holy Spirit. Though they are usually within the realm of the oft debates between continuationism and cessationism, it is good to read something outside the ‘normative’ discussions.

I also appreciate some of the foundations of the narrative-historical perspective from writers like Andrew Perriman. The narrative-historical perspective is not so much about producing abstract systematic theology, such as Trinitarianism or charismatic pneumatology, though foundational tenets of the faith are not denied. Rather, it is about understanding Scriptural statements within the specific context of the Scripture’s narrative, which comes to us from a particular historical framework of first century, second temple Jewish thought. Many theologians refer to this as the grammatical-historical hermeneutic. But I think the more nuanced narrative-historical method is looking to take up this hermeneutic of Scripture with even more focused attention.

Thus, I was very much interested in Perriman’s recent series on the Holy Spirit that he has only just begun. So far, three articles have been posted:

I can expect Perriman’s thoughts to challenge both cessationist and continuationist, or anyone within the fold of evangelicalism. But it’s good to get a challenge, and especially from one who is very much interested in grounding their theology within the Scriptural narrative.

So head over to Perriman’s blog and see what you think.

12 thoughts on “Perriman’s Challenging Series on the Holy Spirit”