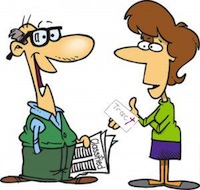 It’s time I get somewhat on track with regards to my series on the gospel and evangelism (after another 2 and half week break). For those interested, here are part 1, part 2 and part 3.

The central missing characteristic is that of the announcement of God’s kingdom coming in Jesus, the Messiah-King. Jesus was and is and will always be King, and he came to fulfil the story and promises as God’s Messiah-King. That is the announcement that Jesus proclaimed in the Gospels (or Gospel) himself. And it is important to centre our understanding of the gospel in the great Evangel-Bearer, Jesus Christ.

Then, from this reality, we move into the story of what Jesus did, as found in the Gospels and expounded upon in the Epistles. We see Jesus’ kingship and rule established in the most unique of ways – through his sacrificial and grueling atoning death on the cross and then through his powerful resurrection from the dead. And because of this, forgiveness of sins can be granted, we are called into relationship with our God as sons and daughters, and we can now enjoy the community known as the church-ekklesia.

That is central and extremely important to the gospel. None of the other parts of the gospel story could be reality if we didn’t have the good news that God’s kingdom had come in Jesus Christ. I am very passionate about this if you cannot tell.

But what about the rest of the New Testament? Is this good news announcement about God’s kingdom really present in the pages that follow? What about Paul?

Well, let’s hold on for Paul for just a moment. He is important. And I plan not to pit any New Testament writer or character (Jesus was there, but not so much writing) against one another. I believe in biblical harmony across the canon (though with tension created at times as well). I just think we end up running to Paul too fast on everything, and sometimes we need to hold our horses and look at all things pre-Paul. Hence why I started with that central figure to our faith and the gospel, Jesus the Messiah/Christ.

Moving on to the part of the story that follows the Gospels, I’d like to consider a few things in the book of Acts.

Now what is problematic is that, many times, theologically-minded people (maybe such as myself) would like to remind us that we cannot build doctrine out of the historical narratives. They are descriptive stories and not so much prescriptive instructions on doctrine.

I say that is RUBBISH, on at least a couple accounts.

1) Most of the Bible comes to us as a narrative story, a redemptive drama. Matter of fact, that is what Scripture is first and foremost. Not a how-to, instruction manual (though, at times, we firstly like to approach it as such). But most of Scripture comes to us as a story, and a didactic (teaching) story at that. If we cannot build doctrine and theology from the narrative, then we are missing the point, since Scripture is first and foremost just that – narrative. And specifically, within the canon, there are plenty of narrative ‘books’. Let’s not forget the first 17 books of Scripture (Genesis to Esther). And what of the Gospels and Acts? So we must remember and burn it into our souls that the biblical narrative teaches.

2) Secondly, the historical narrative parts of Scripture give us insight into the walking out of doctrine and beliefs. I can form a holistic christology from reading the Gospels and seeing Christ himself at work. I can form a holistic pneumatology (doctrine of the Holy Spirit) from reading Acts and seeing how the Spirit acted in Acts. We learn from real people who walked these things out.

So let’s get off the horse that says we cannot build doctrine from narrative. You and I already do it (even by saying we can’t). We simply need to admit it and continue to do it faithfully.

And so, we get into Acts and there we find a plethora of sermons, verbal proclamations connected to the gospel/good news. But before I make some connections, let me just quote the first few verses of Acts:

1 In my former book, Theophilus, I wrote about all that Jesus began to do and to teach 2 until the day he was taken up to heaven, after giving instructions through the Holy Spirit to the apostles he had chosen. 3 After his suffering, he presented himself to them and gave many convincing proofs that he was alive. He appeared to them over a period of forty days and spoke about the kingdom of God. (Acts 1:1-3)

These few verses are packed with some good stuff. But did you catch the last few words? He appeared to them over a period of forty days and spoke about the kingdom of God.

Jesus has 40 days left with his closest followers and what does he do? He continues to teach them about the kingdom of God. I wonder what he considered most important?

Oh yes, I know. The word gospel isn’t found in these 3 verses. But if Jesus is making the kingdom of God central to his departing teaching, then I suppose he is going to connect the kingdom rule of God with the proclamation of the evangel. It’s a summary statement of what Jesus did in those final weeks with his disciples, so I can only imagine he will touch on the gospel that they are about to be sent forth to proclaim. And I believe it’s going to be importantly connected to God’s kingdom rule that has come and will continue to come.

But what of some of the proclamations in the book of Acts?

Well, what I am not sure is best to do is just quote 4 or 5 verses from Acts that connect gospel and kingdom of God and simply see that as satisfying an itch. What I want to commend you to do is do a search for both ‘gospel’ and ‘good news’ in Acts (or I’ve done it for you already here and here). Here are some things you will come across:

a) One will see some specific connections between the two – gospel and kingdom of God (i.e. Philip in Acts 8:12).

b) One will see other important terms used like Messiah/Christ and Lord (i.e. 5:42 and 10:36). But remember that these are Jewish terms that point to Jesus’ kingship and authority as God’s Messiah.

c) Remember that, to proclaim ‘Jesus’ (i.e. 8:35 and 11:20) is to proclaim all that is connected to Jesus. To announce Jesus, especially in the early Jewish New Testament context, this was an announcement of all that is true of him, which very much includes his Lordship over all things.

d) You will find many places where forgiveness of sins, Jesus’ death on the cross and his subsequent resurrection are proclaimed, but not connected to the kingdom of God (or, oddly enough, we don’t find the word gospel either). And I have never and will never deny them as important parts of the gospel and God’s work amongst humanity. But again, I see these as flowing out of the announcement that Jesus Christ is King of kings and Lord of lords. Because he is who he says he is, he was able to accomplish God’s purposes through the cross and resurrection, providing an open door to enjoy all the benefits of such.

e) I love the eclectic nature of the proclamations found in Acts. And, though I am jumping a bit ahead of myself, this is where I think we have to realise that the gospel is not so much a formula, four spiritual laws, a Romans road, etc. The gospel, centred in Jesus Christ’s kingdom rule, will take on a different flavour in varying contexts (of course, not forgetting very central aspects of the gospel that we have pointed to above).

So read the book of Acts. Or, first off, start by re-reading the Gospels and see the proclamation of Jesus himself when the words gospel or good news come from his lips. It will both challenge and stir you. And then go on to read Acts, how those first apostles and evangelists proclaimed their Lord, their King, their Messiah.

Maybe we need to reconsider what we proclaim as the gospel. Maybe we need to start proclaiming the reality of God’s kingdom rule coming. His good and benevolent rule, based in the work of Jesus Christ, draws people in to respond to such a beautiful evangel that we bear.