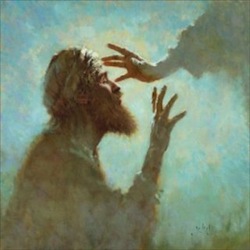 Recently, I have seen some banter around the blogosphere which argues against the idea that the Spirit giftings of 1 Cor 12:8-10 should be considered any more special than other gifts mentioned elsewhere in Scripture, at least those found in places like Rom 12:6-8 or not too far along in the 1 Cor 12 passage, mainly some of those found in vs28-30. This argument normally flows from the cessationist sector, or those who believe these specific gifts are either not normal for today or have ceased all-together.

I actually understand the desire to keep all gifts on a kind of level ground, not making any of them more important than others. Quite like we want to steer clear of any two-tiered Christianity with the have’s on one side and have not’s on the other. This has unfortunately been created by some of our brothers and sisters in Pentecostal and charismatic circles. I know and it saddens my heart.

But while I agree with this underlying focus and emphasis of non-continuationists on the importance of all gifts, I do want to clarify some things that come from the Pentecostal and charismatic circles of why we might emphasise the extraordinary nature of those gifts found in 1 Cor 12:8-10.

There is no doubt in my mind that all giftings and ministries are from God, and thus, by proxy, they are all given by the Spirit who is the ever-present member of our Triune God, outworking the plans of the Father and Son in the body of Christ and the world in which we live. By, again, noting such, I can sympathise with some of the concerns from cessationists in regards to periodic (or full-time) over-emphasis of the gifts found in 1 Cor 12 by some continuationists.

But when we turn to Paul’s words in 1 Cor 12, we do note some special expressions used to describe these particular gifts. One notable comment is found right before the listing of the gifts:

Now to each one the manifestation of the Spirit is given for the common good. (1 Cor 12:7)

While all gifts are easily recognisable as given for edification, or the common good, others are not really identified as manifestations of the Spirit like we find of those in 1 Cor 12:8-10.

Actually, the Greek word for manifestation (phanerōsis) is only used in this one place. But the verb, phaneroō, (‘to make manifest’) is used in connection with the Greek words for revelation (apokalupsis) and appearing (epiphaneia).

I give a little Greek here because I think it shows a significance in these gifts, thesephanerōsis. The word manifestation is only used in this one place in all of the New Testament. It’s the only time we get the idea of a special visible representation, maybe even a revelation or appearing, of the Spirit of God working amongst the body.

Again, it’s not like all other gifts are defunct of the Spirit’s work and edification and representation of Christ in our midst. Please do not misunderstand myoverall point here. But I do believe there is something unique to consider when Paul describes these gifts in 1 Cor 12:8-10 as manifestations of the Spirit.

And how about Paul’s description of what might take place as prophetic utterances are spoken forth as the body gathers together:

But if an unbeliever or an inquirer comes in while everyone is prophesying, they are convicted of sin and are brought under judgment by all, as the secrets of their hearts are laid bare. So they will fall down and worship God, exclaiming, “God is really among you!” (1 Cor 14:24-25)

Another thing to note is that these nine gifts that Paul mentions in the early part of 1 Cor 12 are the only gifts connected with workings of power, in the sense of signs and wonders.

Now, I want to go ahead and dispel the idea that these gifts should only be referred to as ‘sign gifts’, in that they are mainly, or only, given as authenticating signs to the gospel message, and thus were mainly, or only, given only to Jesus and the first apostles before we had the full testimony of Scripture with the addition of the New Testament. I think that a very suspect category and reductionistic thinking about these gifts. While my colleague at To Be Continued does a swell job in addressing the misnomer of ‘sign gifts’, suffice it to say that these gifts were not only for authenticating Jesus and the first apostles, along with their gospel message, prior to a full canon of Scripture. They were, as Paul makes very plain and clear in 1 Cor 12 and 14, also to be used for thecommon good (1 Cor 12:7), for edification and building up (1 Cor 14:3).

Again, to identify them solely as ‘sign gifts’ and not also as ‘edifying gifts’, is to reduce them, squash them, smaller than their actual scope according to the biblical teaching.

These gifts were used as powerful markers to substantiate the good news of Jesus Christ (not just for apostles, but for others as well – Philip, Ananias, Agabus, etc). But they were used for much more than that, as Paul highlighted before he listed the actual gifts: Now to each one the manifestation of the Spirit is given for the common good.

Yet, in the midst of both their authenticating and edifying roles, these gifts are presented in a way unlike other gifts mentioned in the New Testament. They are a) manifestations, visible representations, of the Spirit and b) they are used as powerful signs to underline the message of the gospel being proclaimed (then and today).

We don’t really get that emphasis coming across with such gifts as leading or mercy or helps or guidance or giving.

Listen, I cannot reiterate enough that this does not negate the importance and necessity of all God’s gifts. Of course I wholeheartedly agree that the world will be quite stunned if the body of Christ were to live out mercy and compassion to the hurting and sick, as well as displaying the full fruit of the Spirit (though there is a distinction between the fruit and the gifts). We need these gifts, all gifts, to accomplish God’s purposes and be all of Christ in all of the world (including those such as prophecy and tongues and healings and words of knowledge).

But I suppose it is quite like the reality that there are specifically gifted ministries within the church who are called to equip the saints. These people, marked out in Eph 4:11-13 ,are given special roles within the church to help bring it forward in unity and maturity. Even if one doesn’t believe that apostles and prophets exist today, we still note the special measure of gifting given to evangelists, shepherds and teachers.

But it’s not like we are called to bow before these people, kiss their feet, and revere them in some unhelpful manner. Matter of fact, when such happened with people in Scripture, they normally responded by saying, ‘Don’t do this!’ (Except with Jesus.)

So just as we have specially anointed people by Christ, through his Spirit, to lead and equip the church, so we have specific gifts given that are highly identifiable as extraordinary manifestations of God’s Spirit at work. And just as with the equipping ministries of Eph 4, we don’t bow before those who are utilised in prophecy or miracles or discerning of spirits. But we recognise, sometimes quite solemnly, that God has revealed, manifested, Himself in a very special and extraordinary way. And, who knows, what Paul describes in 1 Cor 12:24-25 might just take place.

So, let’s steer clear of two-tiered Christianity. I have a pastoral desire that we guard against such. It’s no good and will rip the body apart, limb by limb. But, let’s also recognise that special activities of God have been given, even today, that we can identify, just as Scripture does, as manifestations of God’s Spirit and as powerful workings of God.

We need all the gifts, even those that might come forth as extraordinary.