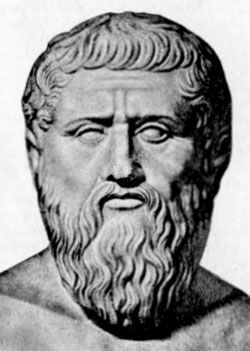 I recently came across this quote below. Though it is not absolutely clear who penned (or spoke) these words, most attribute the line to Plato.

‘Be kind, for everyone you meet is fighting a hard battle.’

This is one of the more powerful one-sentence statements that I have read in quite a while. It has really gripped my heart, leaving me to ponder it quite a lot.

You know, whenever I see people that are different from me or don’t approach life as I do, or even more, they are outright obnoxious, it’s easy to judge them. A week or so ago, some varying families that we know got together. Our connection was that we all have very small children and the mom’s have been involved in coffee mornings with the children playing together.

The time was actually quite nice. But one thing that stuck with me was that one person present did not seem to have a filter on their mouth (meaning they were willing to blurt out just about anything). I was quite judgmental as I thought about this person. And while having a filter of wisdom in which we watch our words (i.e. what we read about in Proverbs) is a very good thing, later on these words quoted above came to the forefront of my mind.

You know, I really don’t know the in’s and out’s of people’s lives (outside words of knowledge, which doesn’t happen a lot in my life). But I think it true that each and every person we encounter is fighting some kind of battle. Of course, one must guard against playing the victim card at all times. We must be challenged to take up responsibility to change, change that comes as we submit to a deep work of God’s grace in our lives. But we are truly, each and every one of us, fighting a battle. And, of course, Paul tells us the underlying factor of this battle is deeper than first thought (see Eph 6:12).

Being in a shepherding role within our church, I’ve personally encountered the very deep battles of the soul of some, one’s that can only see change brought by the powerful working of God. But one doesn’t have to be in such a role to recognise that all people are fighting some kind of battle.

Again, it is so easy to be judgmental towards those who act in ways that are obnoxious, or just simply different from us. And how much more is it easy to do so with those who hurt us. We become wounded and we want to wound back. Such is the work of sin in our lives.

But just maybe the reason these people act like this, so distasteful and loathsome, is that they are in a deep battle, they are deeply wounded, and they just can’t see their way through it all.

I’m not trying to create a sad story here where there is no hope. There is hope. There is a powerful victory in the work of Christ. This is our only way out of the tailspin of defeat in battle.

Yet, I recognise that, because we are in sin-torn world and that we are sin-torn people, we are all fighting a battle – me, my wife, my two little sons, those in my extended family, those in my church family, every person I come in contact with.

And so I make this one sentence known, and some of my thoughts about it, to stir us towards compassion one for another, the compassion of Jesus.

I’ve always been stirred by these words describing Jesus: When he saw the crowds, he had compassion on them, because they were harassed and helpless, like sheep without a shepherd (Matt 9:36).

I believe the Greek word for compassion here refers to something stirred from deep within our bowels. This is genuinely deep compassion, compassion for the hurting and broken-hearted.

So, let’s be awakened, not towards niceness, but towards kindness. Each one of us are in a battle. Some of us more than others. But, in Christ, we have the ability to extend kindness and compassion to those in a hard battle, to those who have been wounded deeply by that hard battle.