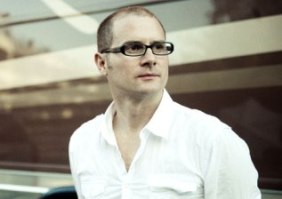 If you haven’t heard about all the debate and discussion from the past few days regarding the release of Rob Bell’s new book, Love Wins: Heaven, Hell, and the Fate of Every Person Who Ever Lived, then it simply means you don’t read too much within the evangelical Christian blogosphere. I doubt this would hit the New York Times or CNN. But who knows? Maybe it will now because of recent events (update: it now has hit CNN and the NY Times).

All the discussion rests around Rob Bell’s newest work set to be released on 29 March 2011, mainly focusing in on his thoughts regarding the topic of hell.

This short video below has Bell introducing the book.

One evangelical blogger who helped kick off the stirring debate was Justin Taylor of The Gospel Coalition. His article has a whopping 1,185 comments and almost 24,000 Facebook likes to date. Another opponent of Bell’s soon-to-be-released book, also from The Gospel Coalition, has been Kevin DeYoung with his two posts over the past few days – post 1 and post 2.

Another well-known pastor-theologian also tweeted a pretty direct comment that simply said – ‘Farewell Rob Bell’ – with a link to Justin Taylor’s article. Not to mention the thousands of other articles that have been posted on blogs.

I’ve read a few solid articles in response to all of the debate and discussion, mainly Brian LePort’s from Near Emmaus (with his quoting of Scot McKnight’s thoughts), Andrew Perriman’s response post on hell, and Roger Olson’s thoughts on this kind of long-standing issue of attacking those of differing views.

In all, what has been saddening is the quick responses that have come forth.

Listen, I believe in challenging wrong teaching. And, in the end, if Rob Bell is truly a universal reconciliationist (probably a better descriptive term than traditional universalism, this newer term pointing to the reality that all people and things will be reconciled to God through Christ in the end), then I don’t agree with such a view. But I am definitely not opposed to the views of conditional immortality and annihilationism, knowing I don’t have everything figured out with regards to the biblical teaching on hell, Hades/Gehenna, death, destruction, etc.

But, as I have said, and as Brian LePort points out so well, the thing that bothers me is the desire to jump the gun so quickly, especially when all but maybe one person has the read the entire book. Most of the conjecture is based upon a) the preview video above, b) a paragraph blurb released by the publisher, and c) reading only a few taster chapters of the book. And oddly enough, not many people are quoting from the actual preview text of the book that they have read.

Thus, I sense we have failed to consider these wise words of James:

My dear brothers and sisters, take note of this: Everyone should be quick to listen, slow to speak and slow to become angry. (1:19)

It seems HarperOne is willing to mail me a review copy of Rob Bell’s new book, with it hopefully arriving in early April. Not that I am important in that regards, nor will my thoughts be seen as top priority in the discussion compared to some of those aforementioned people.

Still, I am interested in engaging with the book. And if, after reading the book, it seems clear that Bell is espousing some view centred around universal reconciliation/evangelical inclusivism, then I will disagree and definitely share why.

But here is my bone to pick from the past few days: To jump the gun, rush out with the first post(s) to warn us of such a book, and to even insist that Bell is headed outside the realm of being a true Christ-follower, well, that is what truly disappoints me.

We could have approached this better: better words, better wisdom, better patience, better tact. Thus, I am left desiring that 1) we lay back and relax with the judgments, 2) some people recognise they jumped the gun with judgment too quickly, and 3) even when the book comes out and we disagree with what it says, we approach it in a little better manner than has been shown in the blogosphere the past few days.

4 thoughts on “The Mayhem Over Rob Bell’s New Book”