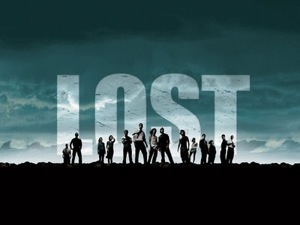 Living in Belgium, I usually must wait some amount of time to catch the newest movie release or television series. Thankfully with things like the internet and iTunes, I don’t necessarily have to wait months to see episodes of television series. I can watch them that same week, and even the next evening if I so desire. This is quite helpful considering that the final seasons of both LOST and 24 have not yet started being aired in Belgium. That probably won’t start over here until August or September of this year.

Because of this ‘delay’, I was one day behind on watching the last episode of what some are claiming is the greatest television series of this generation, if not of all time. I know that the final episode was aired early Monday morning on Sky TV in England (they are 5 hours ahead of Eastern Standard Time in the US) and, so, some of my friends did an all-nighter, staying up to watch the final episode in real-time. Thankfully, for Brits, Monday was a holiday. So the lack of sleep mattered little.

But, for me, I waited until the next night.

Let me give you a little background to my entrance into the life of LOST.

I did not start out watching LOST. Why, you may ask? I had enough television series I was into, mainly 24, Prison Break, the three CSI’s, and Friends (though Friends was re-runs, I had never began watching it until I was married, as my wife is a huge fan, and now I am). I had seen maybe one episode of LOST on one evening, the one where they realised there was another island (gosh, that seems so long ago). But I had never been into LOST at that point.

But with all the talk about LOST amongst my friends, for I was amongst maybe the greatest fan-base in the southern states of the US, my wife and I decided to borrow the DVD’s of the first two or three seasons and ‘catch up’.

From the beginning, we were drawn in. It was different than 24 or Prison Break, but yet was in the similar vein of each episode usually leaving you on the edge of your seat wondering, ‘What’s gonna happen next!’ Because we liked that about 24 and Prison Break, I think it was much easier to be drawn into LOST. And maybe I also didn’t want to be clueless to the LOST-conversations of others.

So, we spent quite a few months in catch-up mode. I think it was Season 4 when we finally arrived with everyone else and could join in the weekly gatherings at homes to watch it together. It really was fun to watch it with other people, especially if they had something like TIVO where you could pause it, discuss something if you wanted to, and then start it back up.

But, here in Belgium, the past 2 seasons have been just my wife and I catching episodes here and there, usually in bed on my laptop before turning the lights out to rest. We have occasionally caught some episodes with friends here (thanks Lucas!). But we’ve been journeying through the final two seasons on our own, and with a bit of a delay to most people. Thus, Facebook was not always my friend when comments were posted about the current week’s episode. [As a side note, to my Facebook friends who are watching the final season of 24, please be careful with comments, as we have 6 episodes until we finish. :)]

Nonetheless, we continued to enjoy the ride from afar.

And just last night, we finally approached the very last, mega-long episode that was to answer the questions, fill in the blanks, and tie it altogether. With our iMac positioned on our coffee table, plates of food in hand, glass of wine for my wife and Leffe beer for me, we watched the last episodes (we actually had one to catch up on before the anticipated longer, final episode). We began watching at 20.00 (8.00pm) and finished at 22.30 (10.30pm).

Everyone now knows what happened in the final episode. I don’t need to review what happened. But, rather, I want to share how I feel.

Leading up to the final episode(s), there was a bit of me that really questioned if the writers of LOST could deliver. There was a lot of pressure on them, I’m sure of it. Again, some are claiming this might have been the best television series in the history of television. If the final episode did not deliver, it would be a huge disappointment.

And, so, I was wondering if they could deliver.

Now, I have already read one person’s thoughts about the final episode of LOST. Though somewhat playful, he was severely disappointed. He felt that all the questions were not answered, all the loose ends were not tied up, all the gaps were not filled. He hit LOST hard.

And you know what, he is right.

I still don’t know how polar bears got to the island, did they really have to push the button in the hatch, what happened with Walt, what happened to Mr Eko, was Sawyer also a cop in life on the island, and lots of other questions, bigger and smaller.

But, you also know what. I’m ok with this. Sure, I would have liked to know the answers to those questions and others. Sure, in the end, everything was not nice and neatly packaged with a bow on top. But, in all, I appreciated the ending. But I appreciated it more from a personal perspective. Let me explain.

I know that the ending was quite universalist – seeming that all religions lead to the same place, all get to join in the great light at the end of the tunnel regardless. Of course, I don’t believe that lines up with what I believe and know to be the truth in Jesus. But I’m not here to address that particular part of the ending. I’m sure others will do so.

Here is where I found satisfaction. Do you know which character I related to the most? If you know me, take a guess……

That is who I related to the most. Jack was naturally a leader. But he was also naturally a control-freak. Everything had to be planned out, known beforehand and fit into a box. Faith and mystery and lack of a plan were not allowed into his world, or he at least made every effort to keep those out of his life. And that is what left him empty and his life miserable.

In the last episode, Jacob let him, Hurley, Kate and Sawyer know around the fire that the reason they were all chosen for the island was that their lives had lost meaning and had become empty. For Jack, his life was empty, albeit when he could get a high because he surgically saved someone.

In early seasons, I could find myself getting upset with Jack at times when he just wouldn’t let go, relax, stop obsessing over being in control. It’s easy to get upset with people who struggle with the same things you struggle with. Trust me on that one. But, when Jack left the island a few seasons back, he found himself an extremely broken person, so much that he turned into a pill-addict. The pain and hurt was so intense on a regular basis. There was stuff he had never dealt with in his life, which the island had uncovered. Or maybe he had felt some of this prior to his experience with the island, but just suppressed it the best he could so he wouldn’t have to deal with it.

But Jack was horrible at letting go.

And there was one season, was it season 5, where Jack kind of took a back seat. He wasn’t the lead character anymore, he wasn’t trying to lead, he even willingly confessed he wasn’t sure of things at times. He was going through a season of letting go, releasing the control he so desired to have before. The brokenness was having a good effect on him.

And, thus, by the last half of season 6, Jack was different. He stepped up and began leading again, but with a different perspective. There was resolve in his life, but not a control-freakishness. He knew he had a purpose with the island, though there was still a bit of unknown as to his full purpose, this unknown lasting all the way down to the next to last episode.

And, in the end, for a man who was willing to let go, he became a leader that was willing to sacrifice himself on behalf of others. He was satisfied with giving his life for the life of others.

That speaks volumes to me. That is redemptive to me.

I’m not going to connect all the dots of what we can learn about being followers of Jesus. As I said, others are probably doing that elsewhere, and it’s worth considering.

But, for me, as one who is on a journey in God, the life of Jack Shepherd spoke to me, spoke to me deeply. In the end, with that final conversation with his dad, I was happy for Jack to be at that place of peace and rest and resolve that alluded him all of his life. Yes, that is ultimately found in Jesus, not just any ol’ religion. But, in applying the details of Jack Shepherd’s life to my life, it only re-emphasised what God Himself has been emphasising to me in my thirteen and half years of following Jesus.

So, were all my (and your) questions answered? Nope.

Could we be dissatisfied with the ending of LOST? Sure.

But I am good with it. For me, more than Christian Shepherd explaining it all to Jack in the end, it brought resolve for me because of the change that happened in Jack Shepherd over the six seasons of LOST. And because of that, I am encouraged to continue to ‘let go’. Amazing what God can use to communicate with us – a fictitious character in a fictitious world. But I was drawn in more because of this one character.

I thought I would point out one other article on the ending of LOST that I appreciated from a colleague. Check it out here. Also, here is a more theological review.