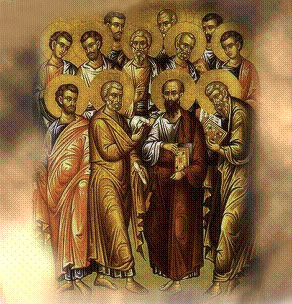 Back in late November, I started a lengthy series desiring to take a good bit of time to look at what many people refer to as the Ephesians 4 ministries. It has been a while since I have actually posted an article for this series, so I thought I would do a recap article for helpful measures before moving on with some new thoughts.

These specific ministry giftings are described in these words of Paul:

11 It was he who gave some to be apostles, some to be prophets, some to be evangelists, and some to be pastors and teachers, 12 to prepare God’s people for works of service, so that the body of Christ may be built up 13 until we all reach unity in the faith and in the knowledge of the Son of God and become mature, attaining to the whole measure of the fullness of Christ. (Ephesians 4:11-13)

Paul makes it clear as to the purpose of these ministry gifts. There are at least three specific pointers:

Paul tells us that Jesus gifts people in these five areas to help equip God’s people for works of service (or works of ministry, since the words ministry and service are synonymous in the Greek). That’s very important. These are not some arbitrary titles that you tack on before your name, but they are very important for preparing and equipping God’s people to serve one another and the world.

And not only that, but here is a very interesting question to ask about these gifts, one we might not always ask: How long will these gifts last?

Of course, evangelists, pastors and teachers are to continue on and on. But not apostles and prophets, right? They were only for a ‘certain time’. But what does the text say?

The text says these give gifts were given until we reach unity in the faith and the knowledge of the Son of God, becoming a mature whole man in Christ. That word until is important. I think all Christians would admit (along with the world) that we are not yet there. The word ‘until’ denotes we are headed that way, but it also tells us we are not yet there. But I am glad Jesus is interested in bringing us to that place, even 2000 years later.

Now, I am quite aware that simply pointing out the use of the word ‘until’ in the Ephesians text does not necessarily establish that apostles and prophets still exist today. Well, honestly, for me, I think the text is very useful in showing these ministry gifts are still needed in the body of Christ. But I know there are still many questions to answer: What is an apostle? What is the nature of apostolic gifting? Are you saying that we can still add to Scripture if we say apostles exist? What is a prophet? Weren’t they just Old Testament characters? What is the nature of a prophetic gift? What is prophecy?

And how many more questions could we list? Quite a few. So I know I have some work cut out for me to establish that apostles and prophets might still exist today.

But I also pointed out three other reasons why these gifts are actually needed amongst the body of Christ, these maybe being even more foundational for Christ’s followers:

Now, as I noted previously, one cannot turn to a particular ‘proof-text’ that make the three statements above. It’s not as simple as that. But, from my study and consideration of the Scripture, especially the New Testament, those three statements seem like a very healthy observation. I cannot conclude anything less.

I’m glad He desires such.

Let me go ahead and say here, if I haven’t noted it before (though I am sure I have), that my belief in apostles and prophets today does not mean I am up for adding to the canon of Scripture. I am with our fathers from the early centuries who faithfully deliberated and sought God as to the formation of our canon. And for the Scripture I am thankful as a foundation for the practice of our faith.

But, when we solely equate Scripture-writing with the nature and function of apostolic and prophetic ministries, then I believe we fail to understand the full scope of these gifts. Or, to say it another way, I believe we are being a bit reductionistic.

No, I am not trying to dishonour Scripture with the use of the word reductionistic. But I am simply noting that the ministries of apostle and prophet were not, and are not, limited to Scripture writing. But these are things I will revisit in the future.

So, with the body of Christ being called over the past two millenia to be all of Christ in all of the earth, I long for us to walk out all that He has called us to. But I suppose He desires it a little more than I. And as we allow for these five ministries to faithfully function within the body of Christ, I believe we will see a more unified and mature body, as Paul notes himself.