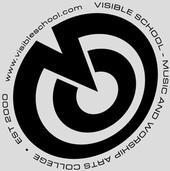 I have yet to ever post an article about the unique ministry college where I both studied for two years and served on staff for two years. It is known as Visible School – Music and Worship Arts College.

The college began back in the year 2000 by founding guitarist of the well-known rock band, Skillet. Ken Steorts had left Skillet in 1999 to initiate this dream – his dream, but it would also later become the dream of hundreds of other young people in the U.S. and around the world. A modern music ministry college dedicated to training students spiritually, academically and vocationally.

It all started with 20 students, one full-time staff (Ken), and a couple handfuls of part-time staff. They met in an old catfish restaurant/warehouse building just on the east outskirts of the city of Memphis, birthplace of rock n roll, they say. And that became there home for the first nine years.

Now they have begun to make their way into the city, stopping for one year in the midtown area of Cooper-Young in Memphis, hosted by Lifelink church. But their goal is to purchase the historic C & I Bank building on Madison Avenue in downtown Memphis.

The college offers bachelor degrees over three years, rather than four, and has three differing degrees – Modern Music Ministry, Media Production Ministry, and Music Business Ministry. And, yes, they are bonafide degrees.

There is no doubt a unique atmosphere is found at Visible School as they try and accomplish things through a less-traditional way in regards to academia. What I mean is that there is usually just under 100 students each year, keeping the student-to-staff ratio of about 4 to 1. There is a deep desire to create true biblical community and provide pastoral care for each student (something like Acts 2:42-47). Being small helps maintain the status quo that one is not just a name, or even worse a number, but a real person in need of being fully developed in all that God has called that person to be in Christ. I’ve written about it elsewhere before.

As I mentioned, I benefited from two years of training there (2002-2004) and two years of serving on the staff (2006-2008). I was just with the student body a few weeks ago when I visited Memphis and it was good to see all that is happening. The college just keeps moving forward, keeps stepping into all that God has, even confounding the doubters. I mean, who would have thought this thing birthed in an old catfish restaurant would become something of significance impacting differing parts of planet earth. I think they said that about that man from Nazareth as well (see John 1:46).

So, though I am a little biased, I do believe this truly is a unique college. Colleges (and larger universities) are starting to implement such a specific educational philosophy more and more. I’m not saying Visible School invented it. I’m just saying they understand it. In the Bible, we’d probably call it discipleship. I’m not sure what they would call it in academics.

So, check out their website if you get a moment. I have also posted a short promo video below telling about the college.