I wanted to post a blog about one passage from the New Testament. It is the all-familiar passage about salt and light:

13 You are the salt of the earth, but if salt has lost its taste, how shall its saltiness be restored? It is no longer good for anything except to be thrown out and trampled under people’s feet. 14 You are the light of the world. A city set on a hill cannot be hidden. 15 Nor do people light a lamp and put it under a basket, but on a stand, and it gives light to all in the house. 16 In the same way, let your light shine before others, so that they may see your good works and give glory to your Father who is in heaven. (Matthew 5:13-16)

There are two specific entities which Christ compares us, the people of God, to: 1) salt and 2) light. But before jumping into the specifics of salt and light, I think it is first important to note that Christ says, ‘You are the salt of the earth,’ and, ‘You are the light of the world.’ For those of us who are in Christ, we are not trying to attain to such a position. We already are salt and light. It’s quite like the reality that Jesus said that, when we receive the power of the power of the Holy Spirit, we will be witnesses (Acts 1:8)! Witnessing is not first and foremost an action, but it is first and foremost about who we are as the Spirit-empowered people of God.

Now, having said that, what is salt and light?

The first thing we need to know is that salt worked as a preservative. There were no refrigerators or other cooling mechanisms in those days, so people used salt to preserve food, especially their meats. And even today we can use salt to preserve bacon, ham or pickled vegetables. In the preserving process, salt acts as an anti-bacterial.

Not only was salt a preservative, but it was, and still is, used as a seasoning. Salt is utilised as flavouring for food. But, if too much salt is used, the food will no longer be tasty. Therefore, I think we must guard against being ‘too salty’. Such would leave too bitter a taste in another’s mouth.

As Jesus makes known in John 8:12, He is the great light of the world. But, because we belong to 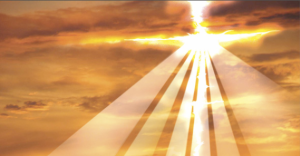 Christ, His church also stands as the light of the world.

Therefore, we are that ‘city set on a hill’ and we cannot be hidden. In other places in the New Testament, light is in reference to revelation, that is revealing truth. But, in this specific context in Matthew’s Gospel, light is in reference to our actions shining before others as a testimony to the works of God (vs16). But, as I mentioned with regards to salt, I also think we must guard against being so bright, like spotlights, that we blind people. In all, our actions of light should appropriately draw people to God.

But I wanted to make one more point about being salt and light. In his book, Chameleon Christianity, author Dick Keyes notes two other images, or animals, that Christians can tend to act like in their interaction with the world: 1) chameleons and 2) musk-oxen. Ok, we can probably guess the correlation with regards to chameleons, but what about musk-oxen? Well, let me take up the chameleon image first.

We all know that chameleons are very adaptable creatures to their environment. They are known for their ability to change colours when moving from one coloured surface to another.

Just as chameleons tend to blend into their environment very well, so the church can fall prey to adapting too much to the current culture. Of course, in being salt and light, we want to be a part of our culture, interacting with those in our society. But we also want to be distinguishable in our actions. We actually want to be salt and light. Thus, we must guard against the chameleon syndrome.

But that message is preached quite enough. But what’s the deal with musk-oxen?

In his book, Keyes points out that, when a young or injured musk ox is in danger from predators, the other musk oxen will encircle it with their horns pointing outward. This is done as a

protective measure against the dangerous intruders.

You see the connection here?

At times, Christians can fall into the trap of too much protection from the world. Certain people only interact with Christians, only read Christian books, only listen to Christian bands, only watch Christian programs on television, etc. While we should consider such resources as a possible help for our growth in Christ, we must steer clear of completely isolating ourselves from the world. If we never interact with people from the world, unless we have to, how can we faithfully fulfil Christ’s call for us to be the salt of the earth and the light of the world?

We know the old adage – we are not of the world, but we are in it. We breathe the same air as non-Christians. We share the same planet with non-believers. And these people are even made in the image of God. Sure, some are bent quite heavily on their life of sin, no doubt. But I cannot imagine God desiring His people to take up the calling of acting like musk-oxen.